The International Bar Association’s Human Rights Institute (IBAHRI) condemns the persecution and disbarment of prominent Zambian Constitutional lawyer John Sangwa SC, on 13 March 2020. Following an alleged complaint of professional misconduct by the country’s judiciary to the Law Association of Zambia (LAZ), the judiciary’s Acting Chief Registrar Prince Boniface Mwiinga announced that Mr Sangwa would not be allowed to appear before any court in Zambia. The United Nations Special Rapporteur on the Independence of Judges and Lawyers, Diego García-Sayán has publicly condemned the suspension of Mr Sangwa, as an affront to the independence of lawyers in Zambia.

The judiciary’s alleged complaint against Mr Sangwa coincides with his criticisms of the government. In the weeks preceding his disbarment, Mr Sangwa made appearances on radio and TV during which he asserted that President Edgar Lungu was not eligible to stand for the Presidency in 2021: the Zambian Constitution allows for an individual to be elected twice to the Presidential Office. President Lungu has already held office twice, making him ineligible. Mr Sangwa has also been openly critical of the appointment of judges at the new Constitutional Court. He argues that they are insufficiently qualified because they lack the required qualifications as stipulated by law – 15 years’ experience and specialised training in constitutional law and/or human rights. 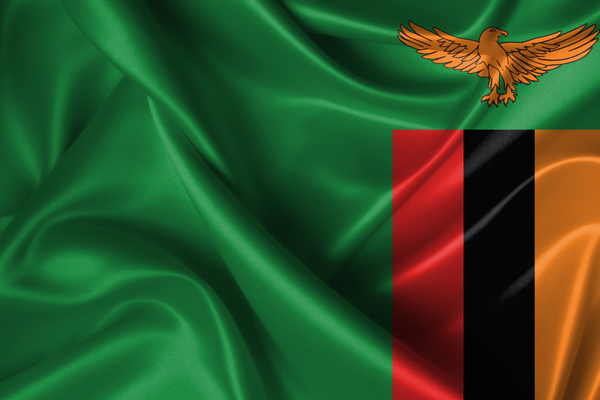 IBAHRI Co-Chair, Anne Ramberg Dr jur hc, commented: ‘The Zambian judiciary’s attack on John Sangwa’s individual rights to freedom of expression, as well his independence as a lawyer, is of serious concern to the IBAHRI. The absence of a fair hearing and due process in addressing the complaint made against Mr Sangwa suggests that his disbarment comes in retaliation to his criticisms of the current President of Zambia and the judicial appointments to the Constitutional Court. The UN Basic Principles on the Role of Lawyers ensures the right of lawyers to freedom of expression (Article 23), which is further upheld in the IBA Standards for the Independence of the Legal Profession (Article 14). It is imperative that the independent voices of lawyers are respected.’

The IBAHRI is concerned by the lack of due process and disregard for the rule of law demonstrated in the judiciary’s complaint against Mr Sangwa. In accordance with Part IV of Zambia’s Legal Practitioners’ Act and Section 7 of the Law Association of Zambia Act, a legal practitioner can only be punished following a hearing by the LAZ Legal Practitioners’ Committee and/or the Disciplinary Committee. The notice from the Registrar’s Office at the judiciary regarding Mr Sangwa did not indicate any legal provisions to support this action and he was disbarred before the complaint against him had been considered by the LAZ.

IBAHRI Vice-Chair, Mark Stephens CBE, commented: ‘The IBAHRI urges the Registrar’s Office to repeal its disbarment of John Sangwa from all courts in Zambia and to recognise the rule of law by allowing due process in the alleged complaint brought against him. The Registrar’s Office must consider the hugely damaging impact this decision will have upon the principle of the rule of law in Zambia and in upholding the population’s belief in the judicial system.’