The International Bar Association’s Human Rights Institute (IBAHRI) strongly condemns the recent spate of executions carried out by the authorities of the Islamic Republic of Iran, which, according to reports, numbered at least 48 during December 2020 and January 2021. A further two executions are reported to have taken place on 13 February 2021.

Including the two reported executions of ethnic Balochi citizens Jamaluddin Brahui and Mohammad Barahui on Saturday, Baloch minority prisoners allegedly total at least 23 of the 48 recently executed. Moreover, throughout 2020, at least four people were reported to have been executed for crimes committed when they were under 18 years of age, in contravention of Article 6(5) of the International Covenant on Civil and Political Rights (ICCPR). 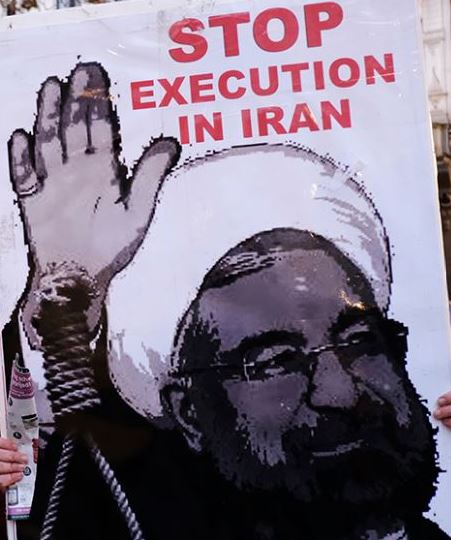 IBAHRI Co-Chair and former Justice of the High Court of Australia (1996–2006), the Hon Michael Kirby AC CMG, said:‘The rise in the number of executions in Iran is appalling. It is of great concern to the IBAHRI, particularly amid reports of serious violations of fair trial and due process guarantees in capital punishment cases. The latter have included defendants being denied access to a lawyer, tortured into making confessions, held in prolonged solitary confinement without contact with their families or lawyers, and denied the right of appeal – all direct contraventions of articles 6, 7, 10 and 14 of the ICCPR. It is specially shocking that Iran purports to be a country founded on spiritual and religious principles. Its rulers should be ashamed of their gross abuse of universal human rights and the increasing resort to capital punishment when the rest of the world is moving away from such barbarous practices.’

Mr Kirby added: ‘Furthermore, in some cases the trials have not been public which undermines transparency. It is reprehensible that so few people should be able to extinguish the lives of so many human beings without due process at the very minimum. The IBAHRI opposes the death penalty in all circumstances, with its Council Resolution on the Abolition of the Death Penalty and, today, we specifically call on the Iranian government to halt all executions and to respect the right to a fair trial to avoid miscarriages of justice.’

Under Article 6(1) of the ICCPR, ‘no one shall be arbitrarily deprived of his [or her] life’. The United Nations Human Rights Committee (UNHRC) has held that violations of Article 14 of the ICCPR fair trial guarantees in proceedings that result in the imposition of the death penalty, render the sentence arbitrary in nature.

Some of the recent death sentences have been for crimes such as moharebeh (defined as drawing a weapon on the life, property or chastity of people, or to create fear in the public). Under Article 6(2) of the ICCPR, the death penalty may only be imposed for ‘the most serious crimes’. The UNHRC has held that this must ‘be read restrictively and appertain only to crimes of extreme gravity involving intentional killing’. It has also held that the death penalty cannot be imposed ‘based on vaguely defined criminal provisions, whose application to the convicted individual depend on subjective or discretionary considerations, the application of which is not reasonably foreseeable’.

IBAHRI Co-Chair, and immediate past Secretary-General of the Swedish Bar Association, Anne Ramberg Dr jur hc, commented: ‘The alarming number of executions of ethnic minority prisoners over the past two months is symptomatic of the targeting of, and entrenched discrimination faced by, ethnic and religious minorities in Iran. We urge the authorities to halt all executions and commute all death sentences to life imprisonment, to undertake prompt, impartial and effective investigations into allegations of torture and ill-treatment and to respect, protect and fulfil the human rights of everyone in Iran as per the Iranian authorities’ obligations under international human rights law.’