The International Bar Association’s Human Rights Institute (IBAHRI) has sent an open letter to the Integrated Bar of the Philippines, calling on the body to take action against the continued persecution of lawyers, prosecutors and judges, and extrajudicial killings committed as part of the ‘war on drugs’ under President Rodrigo Duterte.

Co-signed by IBAHRI Co-Chairs, The Honourable Michael Kirby AC CMG and Anne Ramberg Dr jur hc, the letter was penned amid reports that as of 10 June 2019, 27,000 people have been extrajudicially killed with impunity, with 50 lawyers and judges numbered amongst the dead, together with court workers and paralegals. Reports further state that eight lawyers have survived fatal attacks and that one lawyer has been abducted and/or disappeared. Few suspects have been identified by investigations or held accountable through prosecution and trial. It is estimated that in only five of these cases suspects are in custody or have charges pending against them.

In the open letter, the Co-Chairs state: ‘The IBAHRI is deeply concerned that the current climate of government-approved extrajudicial killings represent a clear contravention to important international human rights law…this greatly undermines the standards of international human rights law in the Philippines, and indicates a serious threat to the upholding of the rule of law. The Philippines, in its ratification of international law, has shown previous commitment to protect the independence of the legal profession and a democratic rule of law, principles which now seem to face rapid erosion.’ 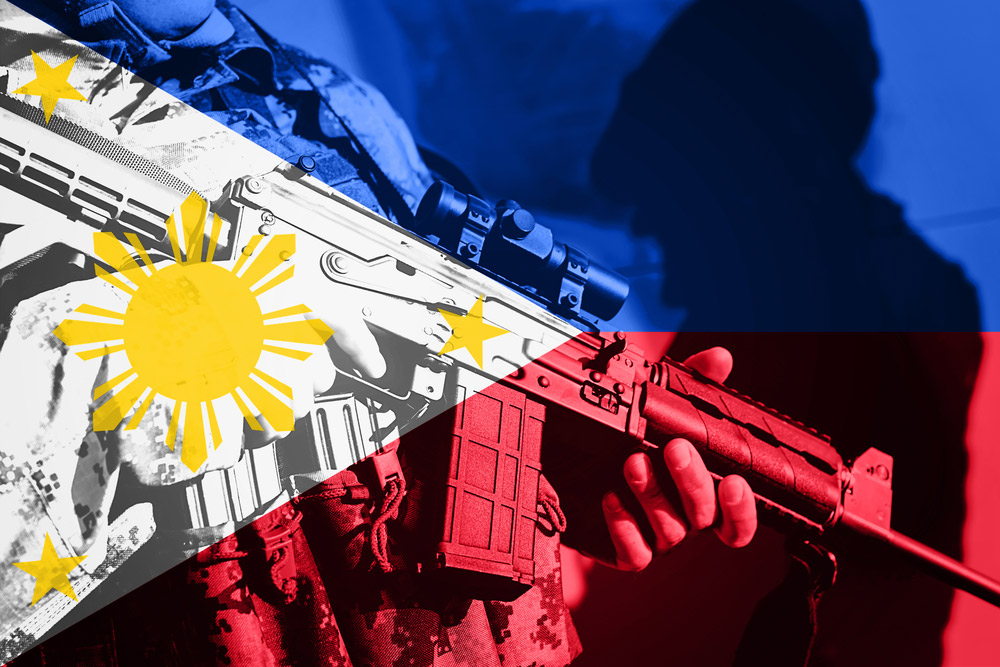 The Philippines has ratified the United Nations Declaration on Human Rights including Article 3, which provides the right to life, liberty and security of a person. It has also ratified the International Covenant on Civil and Political Rights that obligates the Philippines to Article 6, which states that no one shall be arbitrarily deprived of their life. Also, under the Bangalore Principles of Judicial Conduct, the Philippines is committed to upholding the independence of the legal profession, and the 2016 UN Minnesota Protocol on the Investigation of Potentially Unlawful Death requires the Philippines to ensure the right to life and conduct investigations of all extrajudicial killings.

Since President Duterte came into power in June 2016 he has initiated a ‘war on drugs’, under which lawyers representing those accused of drug crimes have been persecuted. It has been reported that in order to identify persons with whom the administration disagrees, ‘drug lists’ are being created to ‘red-tag’ defenders. Through these lists, defenders are publicly named, vilified as public enemies and subjected to a high probability of being murdered.

The situation in the Philippines represents not only a serious threat to an individual’s right to life, but also the right to a free and fair trial before an independent judiciary, and to a lawyer's ability to undertake their work without threat of persecution.

The concluding paragraph of the IBAHRI open letter reads: ‘It is of course imperative that the Integrated Bar of the Philippines is resolute in its support of the rule of law and human rights, and is outspoken in the defence of the lives and safety of judges and lawyers, and their capacity to discharge their constitutional functions. We ask you to respond urgently to this letter regarding what steps you have taken with regard to the alleged 50 extrajudicial killings of lawyers that have been reported under President Duterte’s period in office. Are there any legal proceedings initiated by the Bar against the President, the police or any other branch of state?’

The IBAHRI open letter can be downloaded from the IBA website from the following link: tinyurl.com/w8d6om5