IBAHRI Co-Chair, Anne Ramberg Dr jur hc, commented: ‘Capital punishment is a barbaric, inhuman practice which cannot be justified under any circumstances. We urge the US government to retain the moratorium on the federal death penalty with the ultimate aim of abolition. Sixteen years of an informal moratorium is not long enough.’

The IBAHRI believes that the imposition of capital punishment infringes the universally guaranteed right to life and amounts to cruel, inhuman or degrading treatment or punishment, contrary to both the International Covenant on Civil and Political Rights and the Convention against Torture and Other Cruel, Inhuman or Degrading Treatment or Punishment. In 2008, the IBAHRI adopted a Council Resolution on the Abolition of the Death Penalty, which calls on all jurisdictions throughout the world to take steps toward the complete abolition of the death penalty. 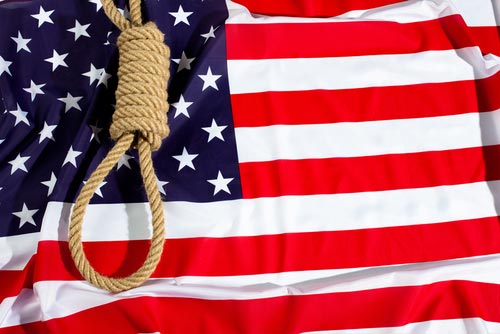 IBA President Horacio Bernardes Neto stated: ‘Capital punishment strips individuals of the right to life, in the name of justice. It needs to stop. According to the Death Penalty Information Center, “Since 1973, more than 160 people who had been wrongly convicted and sentenced to death in the US have been exonerated.” The international community must stand together to abolish this outdated practice once and for all.

IBA Executive Director Mark Ellis commented: ‘The Trump administration’s decision to resume the death penalty is deeply concerning. Capital punishment is a deplorable violation of human rights – a cruel, irreversible practice that has no place in civilised society. We urge the federal government to reconsider this ruling.’

IBAHRI Director Baroness Helena Kennedy QC, highlighted the declining use of the death penalty in US states: ‘The death penalty is a merciless punishment which does not serve justice. In the last decade, at least five US states have abolished the death penalty after recognising it as obsolete – we urge the federal government to follow suit and end this blatant violation of fundamental human rights.’