The first funds under the national emergency declared by US President Donald Trump in February have been made available to build a wall along America’s border with Mexico. The Pentagon authorised the transfer of $1bn to army engineers for the construction of 57 miles of fencing.

President Donald Trump declared the national emergency in February, in an effort to make $6bn available for a wall by bypassing Congress, which opposes the move. At the time, the President predicted how things might play out. ‘[W]e will then be sued,’ he said, ‘and they will sue us in the Ninth Circuit, even though it shouldn't be there, and we will possibly get a bad ruling, and then we'll get another bad ruling, and then we'll end up in the Supreme Court, and hopefully we'll get a fair shake and we'll win in the Supreme Court.’

‘‘The facts don’t bear out the fears. The people who are coming are not dangerous to our society. These are vulnerable and desperate mothers and children 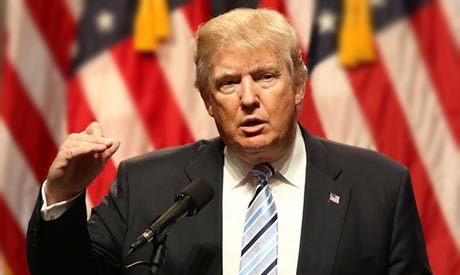 The Democratic leaders of Congress, in a joint statement, denounced the declaration as an abuse of power. ‘It is yet another demonstration of President Trump’s naked contempt for the rule of law. This is not an emergency, and the president’s fearmongering doesn’t make it one. He couldn’t convince Mexico, the American people or their elected representatives to pay for his ineffective and expensive wall, so now he’s trying an end-run around Congress.’

Noah Feldman, professor and constitutional law specialist at Harvard, suggests the President’s constitutional power is at its very lowest when it contradicts the express will of Congress. Indeed, notes Feldman, even contradicting Congress’ implicit will was enough for the Supreme Court to void President Harry Truman’s 1952 seizure of an Ohio steel mill.

‘The facts don’t bear out the fears,’ says Karen Musalo, Director of the Center for Gender and Refugee Studies. ‘The vast majority of drugs come in at ports of entry. The numbers [of people crossing the border on an annual basis] are lower than they've been for decades. The people who are coming are not dangerous to our society. These are vulnerable and desperate mothers and children.’

John Eastman, a senior fellow at the Claremont Institute and a former clerk for Justice Clarence Thomas, says the President meant that he ‘didn’t have to do this’ in order to get re-elected. Eastman sees a genuine border crisis in the combination of human trafficking, drug trafficking, and illegal immigration, with the possibility of terrorism. A situation that has existed for a long time can still qualify as an emergency, he argues, if it remains unaddressed and gets worse.

But former Director of US Citizenship and Immigration Services, Leon Rodriguez, points out that the numbers simply don’t support this position. A million and a half people crossed the border in 2000, three times more than do so now. Moreover, he adds, today’s border crossers are mostly asylum seekers rather than illegal aliens. ‘A lot of judges – including conservative judges – will look at the mismatch between problem and solution and just not buy it,’ says Rodriguez.

Nevertheless, the President claimed statutory rather than constitutional authority for declaring a national emergency, and the statutory bar is quite low. ‘Nobody batted an eye over Obama’s swine flu emergency,’ says Eastman, ‘and that certainly affected fewer people.’

Since Congress passed the National Emergencies Act in 1976, presidents have declared scores of emergencies. None have been second-guessed by either Congress or the courts. Congress has registered its disapproval of the wall emergency, but only a handful of Senate Republicans say they will abandon the President. So the majorities opposing the emergency declaration will be too slim to override the President’s veto.

The emergency litigation is likely to turn on several laws in particular. Under one, the executive can redirect funds from any existing military construction project and apply them to authorised projects that are 'essential to the national defense', so long as the national emergency 'may require use of the Armed Forces'. Eastman notes that Congress okayed building a wall along 835 miles of the Mexican border in the Secure Fence Act of 2006.

Whether the border ‘requires use of the armed forces’ or the wall is ‘essential to the national defense’ are obviously open to interpretation. Eastman says the President established this when he deployed troops to greet a migrant ‘caravan’ on the eve of the mid-term election. From the perspective of the plaintiffs, one political stunt doesn’t justify another.

Regarding the outcome of the Ninth Circuit challenge, Eastman shares President Trump’s instincts. ‘I've no doubt the challenge has been brought in San Francisco for judge shopping,’ he says. ‘The only question is how quickly the Supreme Court will slap them down.’

Musalo, author of Refugee Law and Policy, takes a different approach. ‘We all need to be civil, and not speculate about what judges will do,’ she says. ‘What does the law provide for, and what are our constitutional obligations? These are the things we should care about. Fortunately, many judges appointed by Republicans have great respect for the rule of law.’