The International Bar Association’s Human Rights Institute (IBAHRI) condemns the reported mistreatment of Julian Assange during his United States extradition trial in February 2020, and urges the government of the United Kingdom to take action to protect him. According to his lawyers, Mr Assange was handcuffed 11 times; stripped naked twice and searched; his case files confiscated after the first day of the hearing; and had his request to sit with his lawyers during the trial, rather than in a dock surrounded by bulletproof glass, denied.

The UK hearing, which began on Monday 24 February 2020 at Woolwich Crown Court in London, UK, will decide whether the WikiLeaks founder, Mr Assange, will be extradited to the US, where he is wanted on 18 charges of attempted hacking and breaches of the 1917 Espionage Act. He faces allegations of collaborating with former US army intelligence analyst Chelsea Manning to leak classified documents, including exposing alleged war crimes in Afghanistan and Iraq. The hearing was adjourned after four days, with proceedings set to resume on 18 May 2020. 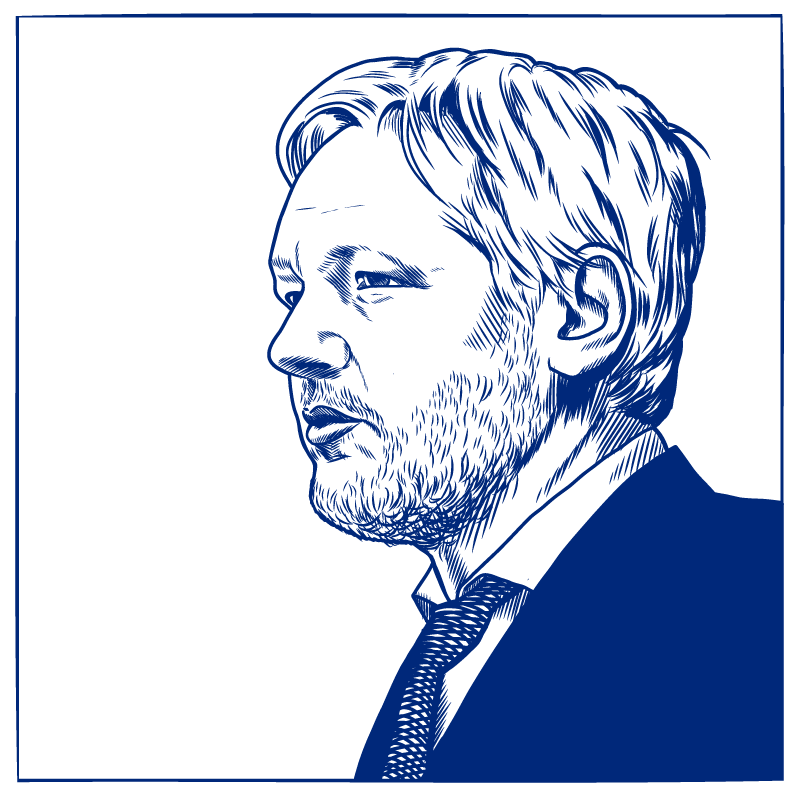 IBAHRI Co-Chair, the Hon Michael Kirby AC CMG, commented: ‘The IBAHRI is concerned that the mistreatment of Julian Assange constitutes breaches of his right to a fair trial and protections enshrined in the United Nations Convention against Torture and Other Cruel, Inhuman or Degrading Treatment or Punishment, to which the UK is party. It is deeply shocking that as a mature democracy in which the rule of law and the rights of individuals are preserved, the UK Government has been silent and has taken no action to terminate such gross and disproportionate conduct by Crown officials. As well, we are surprised that the presiding judge has reportedly said and done nothing to rebuke the officials and their superiors for such conduct in the case of an accused whose offence is not one of personal violence. Many countries in the world look to Britain as an example in such matters. On this occasion, the example is shocking and excessive. It is reminiscent of the Abu Grahib Prison Scandal which can happen when prison officials are not trained in the basic human rights of detainees and the Nelson Mandela Rules.’

In accordance with the Human Rights Act 1998, which came into force in the UK in October 2000, every person tried in the UK is entitled to a fair trial (Article 6) and freedom from torture and inhuman or degrading treatment (Article 3). Similarly, Article 10 of the Universal Declaration of Human Rights upholds an individual’s right to a fair and public hearing by an independent and impartial tribunal.

IBAHRI Co-Chair, Anne Ramberg Dr jur hc, commented: ‘The IBAHRI concurs with the widespread concern over the ill-treatment of Mr Assange. He must be afforded equality in access to effective legal representation. With this extradition trial we are witnessing the serious undermining of due process and the rule of law. It is troubling that Mr Assange has complained that he is unable to hear properly what is being said at his trial, and that because he is locked in a glass cage is prevented from communicating freely with his lawyers during the proceedings commensurate with the prosecution.’

A recent report from Nils Melzer, the UN Special Rapporteur on Torture and Inhumane Treatment, presented during the 43rd session of the UN Human Rights Council (24 February – 20 March 2020), argues that the cumulative effects of Mr Assange’s mistreatment over the past decade amount to psychological torture. If Mr Assange was viewed as a victim of psychological torture, his extradition would be illegal under international human rights law.