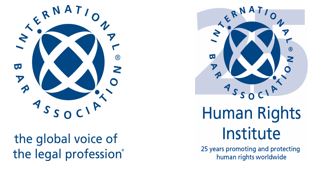 The new law is:

The National Security Law in its present terms is a grave departure from the fundamental principles upon which the People’s Republic of China (PRC) agreed with the United Kingdom to govern Hong Kong after its transfer to the PRC. The National Security Law has been enacted by the PRC without meaningful engagement with the people of Hong Kong SAR in the legislative process. This bodes ill for the survival of even the attenuated conditions of democracy and human rights that have been practised in recent times in Hong Kong SAR.

We urge that the new law not be adopted or implemented without full and uninhibited consultation with the people of Hong Kong SAR who are affected by it. This may not be the law and custom of the PRC, however, it is a basic norm of universal human rights that is observed in democratic countries and expected in Hong Kong SAR.

Furthermore, we are concerned that, despite the text of the National Security Law not being released to the people of Hong Kong SAR, in the few short hours in which the sweeping law has been enacted, the world has witnessed prominent Hong Kong SAR activists shut down their campaign groups and delete their social media profiles for fear of being arrested and sent to mainland China – where ‘secession’, ‘subversion’ and ‘collusion with foreign forces’ are criminalised – to be tried.

In addition to the above, our other concerns include:

Effectively, law is being used to curtail the democratic freedoms of the semi-autonomous territory. This is a sad and deeply worrying time for the people of Hong Kong SAR and for their friends across the globe.