Groundbreaking new rules to protect whistleblowers have been proposed by the European Commission, in a move to strengthen the legal safety net for those who expose breaches of European law.

The proposed directive, which would take effect by May 2021, establishes safe channels for reporting legal offences, both within an organisation and to public authorities across the European Union.

It also prohibits the dismissal or demotion of whistleblowers, alongside other forms of retaliation, and requires national authorities to train public authorities and inform citizens on how to respond to whistleblowers.

The directive would apply to those who expose breaches of EU law and competition rules, violations and abuse of corporate tax rules and damage to the EU’s financial interests. But, some legal practitioners have raised concerns that its broad brush approach will be implemented inconsistently across EU countries.

If we better protect whistleblowers, we can better detect and prevent harm to the public interest

Launching the proposals on 23 April, the EC’s First Vice-President Frans Timmermans referred to recent scandals such as Dieselgate, Luxleaks, the Panama Papers and the Cambridge Analytica revelations. ‘Many recent scandals may never have come to light if insiders hadn't had the courage to speak out. Those who did took enormous risks. If we better protect whistleblowers, we can better detect and prevent harm to the public interest.’

The planned directive comes after the EC found that whistleblower protection across Europe is fragmented and uneven. Only ten EU Member States have sufficient frameworks to protect whistleblowers from retaliation, and 18 others have weak or non-existent protections, it says. 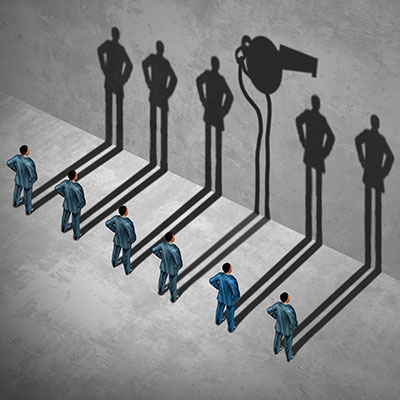 Under the proposals, all companies with more than 50 employees or an annual turnover of more than €10m, plus all state, regional administrations and municipalities with more than 10,000 inhabitants, will have to set up an internal procedure to handle whistleblowers’ reports.

The protection mechanisms must ensure confidentiality and include a clear three-tier reporting system: internal reporting channels; reporting to competent authorities (if internal channels do not work); and, if all else fails and there is imminent danger to the public interest or irreversible damage, public/media reporting.

The current lack of protection is a considerable deterrent to reporting misconduct. Whistleblowers can lose their jobs, have difficulty finding employment and suffer psychological damage. A 2017 EC study estimated that the lack of protection for whistleblowers in the public procurement context leads to losses of almost €10bn per year.

Even in those EU countries that have well-developed protection frameworks in place, there can be gaps in their scope and application, as well as a continuing culture of distrust and retaliation.

‘Among the Member States with sophisticated schemes, there are considerable divergences in approach,’ says Pender. ‘The EC proposal will ensure a degree of EU-wide harmonisation.’

The planned directive requires state authorities and companies to follow up whistleblowers’ reports within three months of an internal report. If a whistleblower suffers retaliation, they should have access to free advice and adequate remedies – for example, measures to stop harassment or prevent dismissal. The burden of proof will be reversed in such cases, so the person or organisation must prove they are not acting in retaliation against the whistleblower.

Protection would also be afforded in judicial proceedings, particularly through an exemption from liability for disclosing the information.

However, there are concerns over the application of the proposed rules, because they would take the form of a European directive, rather than a directly applicable regulation.

Bruno Cova, corporate partner at Paul Hastings in Milan, and Chair of the IBA Anti-Corruption Committee, says the directive would not ensure a high level of homogeneity across the EU’s various national legislations. Member States would be free to choose the best way to carry out the purposes fixed by the directive.

‘The proposal does not provide details on the methodology used to assess the authenticity of the information reported by whistleblowers, leaving this task to the national competent authorities,’ he says. ‘It only requires that the reporting person has reasonable grounds to believe the information reported was true at the time of reporting, not specifying how the competent authority will verify this claimed truthfulness.’

Pender also points to the limitations of the directive. ‘The proposed scheme would not apply where the reported conduct has no linkage to EU law. The proposal is also, by necessity, drafted at a level of abstractness and lacks specificity. How different Member States choose to translate the proposal into detailed laws will determine its ultimate effectiveness.’

In addition, he says, it does not provide specific guarantees from the labour law perspective. ‘The proposal specifies which actions constitute retaliation but, on the other side, the legal consequences of such actions would still be regulated by national regulations.’

Financial incentives for whistleblowers are also absent from the EC’s proposals. Rewarding whistleblowers is common practice in the United States, for instance, whereas some other jurisdictions take the view that it detracts from the altruistic motives behind reporting misconduct and can increase the risk of false claims.

On the other hand, both Cova and Pender welcome the broad definition of ‘whistleblower’ in the EC directive, which aims to protect not only workers, but also people involved in non-standard employment relationships. The information reported would cover both unlawful activities and cases of abuse of law, as well as potential breaches that have not yet materialised, but are likely to be committed.

The proposals will now be subject to revision by EU governments and then presented to the European Parliament and Council. ‘It offers hope,’ says Pender, ‘that whistleblowers are finally being recognised for the valuable role they play in promoting accountability and exposing misconduct.’