The suspected chemical attack on the Syrian town of Douma on 7 April led to escalating military and diplomatic tensions over the ongoing crisis in the country – and a renewed focus on whether the international community should intervene in a crisis now estimated to have caused 450,000 deaths and displaced 12 million people.

Here, leading figures assess the situation in Syria, the role of the major international powers, regional concerns across the Middle East, and the ongoing challenge of accepting refugees. 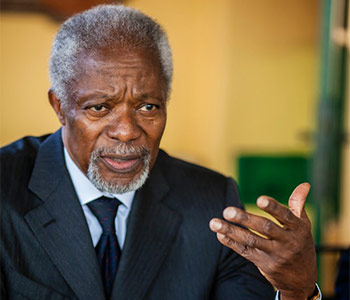 The international community and the countries concerned have an obligation to make an effort. I myself at the beginning was one of the envoys on the Syria crisis, and people asked me 'why are you taking it on, it's an impossible situation?' But when you see women and children being killed the way they were, and when you can anticipate the way the crisis was likely to evolve and engulf the whole region, you cannot refuse. You have to go out and do whatever you can.

Responsibility to Protect implies using all the means: political, economic, diplomatic pressure, to bring the situation under control, and in the extreme, use of force in the service of peace if it becomes necessary. But one has to be very careful and be sure that the force you are going to use is not going to do more harm than good.

I think, Syria apart, the Security Council is today a bit anachronistic. It reflects the geopolitical realities of 1945. The world has changed and it's changing very fast, and the UN has to change and adapt and move with the world.


My own view is that the Security Council has to reform. As Secretary General I tried very hard and put forward concrete proposals for reform. We did not succeed. But I don't think we have any choice but to reform or the primacy of the Council will be challenged.

Ideally, you would want to take the veto away from those who have it, so that we don't have the situation where a permanent member can block action without putting forward an alternative, and paralyses the whole Council and the international community.”


"The real issue on everybody's mind is the paralysis within the Security Council. It is a reality, it is a paralysis. We don't see any light in this particular tunnel. However, it's not to say that the Security Council isn't addressing its mind to this issue. It’s meeting on a regular basis. The other five members other than China and Russia are putting an enormous amount of moral and political pressure on those two states. 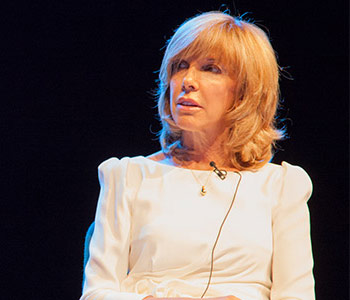 
I truly believe that the shadow of justice is hanging over the perpetrators of these crimes currently and that this is very much in their minds: the extent to which there is nowhere to turn and that justice will come to get them. Essentially, there will be a day of reckoning, and that is the message of the United Nations. We are insistent that there will be justice for Syria.” 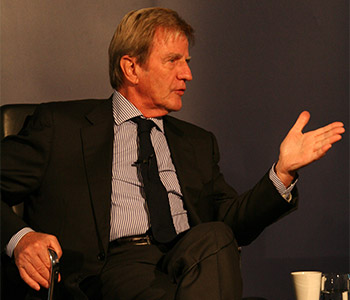 We were not attentive enough about the situation of human rights fighters and the real situation, the women in the country, and so on.

To start something against Syria means to start a confrontation with Iran, Hezbollah and with the Shiite part of the Muslim religion against the Sunni. It makes for a very risky situation in a very risky place called Middle East.”

“Of course, the comprehensive solution can come only if there is peace and stability in those regions affected by the conflict. That is a major effort that requires the commitment of the parties themselves in the conflict, but also the regional players and the so-called international community, including the United States. We certainly have to welcome many of those people who are trying to reach Europe. It's a moral issue. It's a humanitarian issue. We have to make space for refugees in our societies. 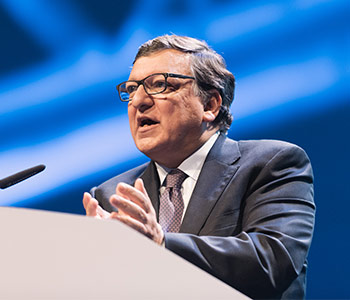 When I was President of the European Commission, I was in some refugee camps in the north of Jordan. I interviewed many of those Syrian people, middle-class people that have seen their homes destroyed, and they simply escaped because they want to give a minimum of conditions to their families. And I said to myself, if I was a Syrian with [a family], I'd do anything I could to reach Europe, to reach a place where I could live at least in peace, if possible with some level of prosperity. So this is a major challenge.


We have very rich countries that are Muslim countries that can do their part, too. In fact, they should do more because sometimes receiving such big communities that are from other cultures or religion can make problems of integration.

So I think rich countries of the region should do more, and some of them have the means. Also the United States of America, because in fact it is much bigger than any European country individually. We have countries in Europe – Sweden, Denmark, very small countries in terms of population – and they are receiving many more refugees than all the United States.”