One of the world’s foremost environmental lawyers, John Cruden was, until recently, the US Assistant Attorney General overseeing environmental enforcement. In conversation with the IBA’s Director of Content, James Lewis, Cruden shares the insight gained from two major enforcement actions, one against Volkswagen following the emissions scandal and the other following the Deepwater Horizon disaster in the Gulf of Mexico.

James Lewis: Let me ask you first of all about two of the major enforcement actions you’ve been involved in, one relating to the emissions scandal and the other Deepwater Horizon. Perhaps you can start off by giving the benefit of your insight, what you’ve learnt and what’s come out of those two huge enforcement actions. 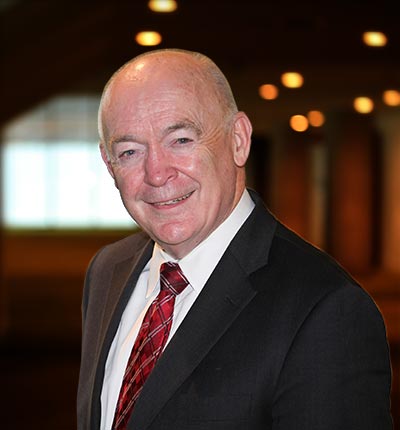 John Cruden: I was at the United States Department of Justice (DoJ), nominated by President Obama and confirmed by the US Senate. I was given responsibility for the Environment and Natural Resources Division of the DoJ, which has 650 people, about 450 lawyers, and a nationwide responsibility for environmental laws. The two cases that you describe were very clearly the signature cases in environmental law during that administration. One in the Gulf of Mexico dealing with water issues, the second nationally, even internationally, dealing with air issues. Volkswagen, the most recent of the cases, was somewhat extraordinary. I can remember vividly toward the Autumn of 2015 getting the call from the Environmental Protection Agency that said, ‘You are not going to believe what we have just been told about Volkswagen’, and that started our civil and then criminal investigation of Volkswagen because the allegations that we were dealing with were very significant.

The allegations were that Volkswagen was cheating on the test they had to pass in order to get a certificate to import diesel cars into the US. The allegations were that the software inside of the car could actually sense when it was being tested, and when it was being tested, it lowered the pollution emissions, largely nitrogen oxide, by 40 times. Then, when it got off the test cycle, it would go back to its normal emission levels, obviously causing a huge pollution problem in the US.

I announced that we were going to bring a lawsuit against Volkswagen. At that time, our estimate was that about 500,000 cars were affected. Volkswagen then put out a press release that said ‘no, actually it’s more like 10 million cars’ because everything they did in the US, they did internationally. That started the process that ultimately led to the series of consent decrees in a criminal action against Volkswagen. 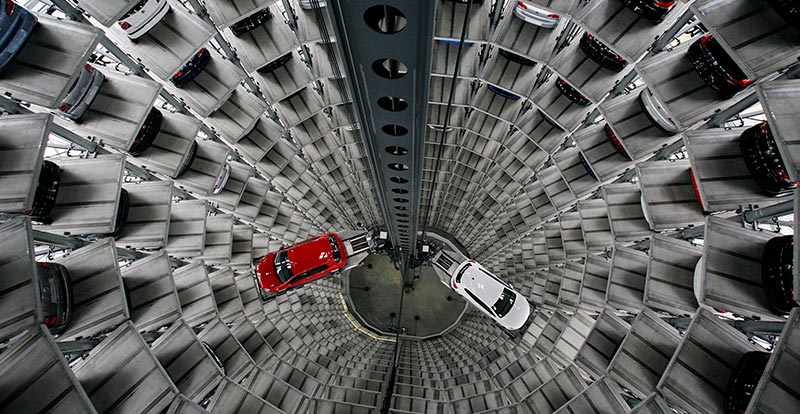 Volkswagen cars are stored at the ‘CarTowers’ in the theme park ‘Autostadt’ next to the Volkswagen plant in Wolfsburg, Germany.
REUTERS/Christian Charisius.

JL: It has really spawned a considerable number of legal actions internationally. What is the state of play with all of that, at the moment?

We said they were illegally bringing cars into the US roughly from 2009 through the end of 2015. So a fairly significant period of time. We started a lawsuit that was consolidated in San Francisco and the federal courthouse there. A very distinguished judge was assigned, Charles Breyer, famous in part because his brother is the Supreme Court Justice.

We also had a special master to encourage settlement. The special master was former Federal Bureau of Investigation Director Robert Mueller, who’s now running the Russian investigation. It was, from the very beginning, clearly a high-visibility, very significant action. Two things were happening at the same time we were litigating. We were hiring experts and assembling millions of documents that we were receiving from Germany and elsewhere but, simultaneously, we were conducting settlement negotiations.

Our estimate was about 500,000 cars. Volkswagen then said ‘it’s more like 10 million cars’, because everything they did in the US, they did internationally

Out of the settlement negotiations, we ultimately had three different agreements, which I’ll briefly describe on the civil side and then one plea agreement on the criminal side. Our intent right away was to first of all solve the ongoing pollution problem. So here we have 500,000 or 600,000 cars that are polluting every single day. Our intent was to do something right away with those cars, and then later the sport utility vehicles. These were the first and second consent decrees. They’re all complicated, all multiple pages long and the concept certainly of the cars consent decree, the first one, was to give the consumer an option. The consumer could take their diesel car into Volkswagen and Volkswagen would fix it and bring it up to legal standards or, at the option of the consumer, Volkswagen would buy it back and, in addition to that, would also give money to each of the consumers.

Then the question was ‘what about the fact that there had been all this pollution going on from 2009 through 2015?’ We estimated how much pollution there was and then required Volkswagen – and Volkswagen agreed – to set up a fund of $2.7bn to be used to reduce nitrogen oxide emissions in other areas all across the US.

In addition to that, we thought that Volkswagen advertising itself as a clean car or green car helped to depress the market for zero emission vehicles. So we required – and again Volkswagen agreed – that they would create another fund of $2bn over ten years that would assist in zero emission vehicle infrastructure, largely charging stations. That series of consent decrees is now probably in excess of $15bn or $16bn at the cost of Volkswagen. The final consent decree then did a penalty and the combination of the civil penalty and the criminal penalty was $4.3bn. But, in addition, the civil case also has changes that Volkswagen needs to make in their own governance structure to make sure this does not happen again.

On the criminal side, the company pled guilty to three felonies. They’ll be on probation for three years and there is an independent monitor who comes in to make sure they’re in full compliance with the requirements not only of the criminal plea, but also on the civil side of things.

JL: Sounds pretty extensive, and what’s coming to mind is the contrast with what flowed out of the financial crisis, with the financial sector getting away scot-free in a lot of people’s opinion. Do you feel that you’ve been able to be more successful? If so, I wonder whether you’re able to make observations on why that might be?

JC: I was in the DoJ during that time period. One of the issues that came out of the financial crisis was that we decided we needed to be better. The then Deputy Attorney General Sally Yates put out a memorandum that encouraged us ‘when looking at corporate criminal misconduct in particular, don’t look at just the companies but look at the individuals who did it’. Because it’s not fair to just do the company and to not look at the individuals who themselves did the misconduct. We did that at Volkswagen. When we announced a criminal plea, that was something that Volkswagen agreed to, but at the same time we also indicted six mid- and high-level Volkswagen officials, one of whom has already pled guilty and was sentenced recently to 40 months in jail. So some of that is already happening, and that was a lesson learned out of the financial action as to how you have a comprehensive enforcement case.

JL: Deepwater Horizon is the most devastating disaster in American history. We’re seven years on now. Is anything good coming out of it, any positives? What’s flowed from it?

JC: Deepwater Horizon took longer... that event occurred in 2010 and we resolved it; we had our agreements in place by 2015. But the court did not approve it until 2016 and that was ultimately a very comprehensive settlement. Volkswagen is approximately $20bn. The BP and Deepwater Horizon economic and environmental settlement collectively is probably a little bit more than that. So those two cases, Volkswagen and BP, were two of the most significant cases in the history the DoJ, and not just of the environmental cases.

I’ll give you the same answer that I gave to President Obama: ‘In ten or 15 years, the money that we had and the projects that will help the Gulf of Mexico recover, will make us all proud’

You asked the question, which is a good one, did anything good come of it? And I’ll give you the same answer that I gave to President Obama when I met with him in the Oval Office. I said ‘not right away, not in a year, but in ten or 15 years, the money that we had and the projects that will help the Gulf of Mexico recover, will make us all proud’. The legacy of that case will be so significant because there’s billions of dollars going into environmental projects that will reclaim lost resources, that will create habitats, that will replace wetlands, and that money is set aside in the consent decree. It can’t be changed, it can’t be moved elsewhere. The money comes in over a period of years into the Gulf of Mexico and the consent decrees are all signed by the governor and attorney general of the five states that agreed. We did that to make sure there was no question whether this was going back into the coffers of some particular state agency, but rather would be used exclusively, at least on the environmental side, to restore the Gulf of Mexico to where it would have been, but for the polluting of it. 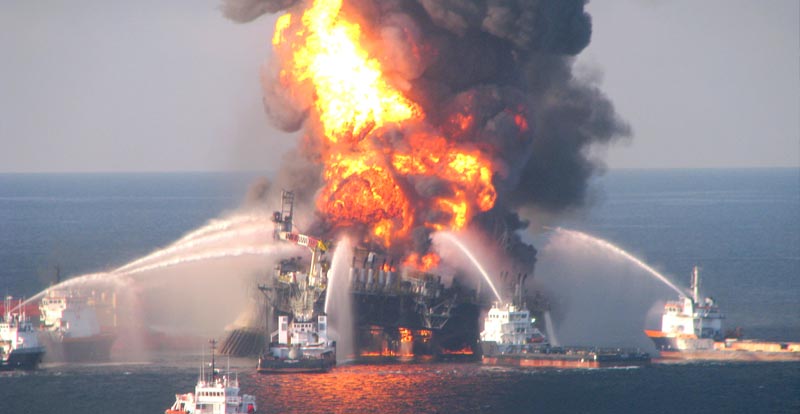 JL: What’s your view on China’s progress on environmental issues in general, and their approach to climate change, which seems to have shifted considerably over the last ten years or so?

JC: I was in China last year. Each year of the Obama administration we had dialogues with China. I was the representative on environmental issues, but also I was there because of illegal wildlife trafficking, which was a central focus of the administration for a while. I was meeting with Chinese officials, because China is a destination for elephant tusks in particular.

I had a chance to talk to my DoJ and environmental counterparts, and I came away with two thoughts. One of them was, I believe they are absolutely sincere in reducing the significant amount of air pollution in particular. When I was in Beijing, I would be in a room full of Chinese officials who all told me the wonderful things they were doing, but I would look out the window and could hardly see, because of the smog and particulate matter. I saw countless bicyclists and people wearing masks. Everybody was watching the US Embassy because every day the Embassy was reporting the numbers associated with air quality, and I think they were more trustful of those numbers than they were of their own. So there’s no question in my own mind that the officials are sincere, there is no question that they have new laws, new judges; they were creating environmental courts, not just one or two, but over 100. So clearly things are happening. But, at the same time, I saw extraordinary problems, problems that were very difficult to impact on. They have the same issue, that doesn’t exist so much in United Kingdom but does in the US, of the state/federal breakup. China was having the same issue of how their local governments were implementing the laws they were creating at a federal level.

This is an abridged version of an interview with John Cruden at the IBA Annual Conference 2017 in Sydney.
View full filmed interview