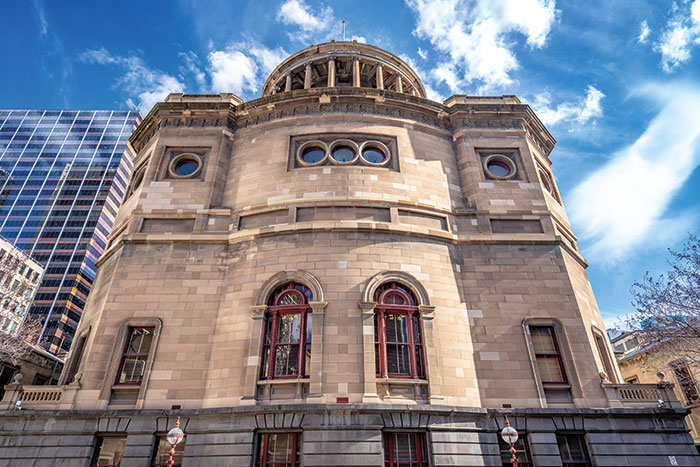 In Australia, there has been long-standing authority1 that a Contractor could accept a Principal’s repudiation and elect to claim on a quantum meruit2 or contractual damages and, if it chose the former, the amount recoverable was not limited by the contract price.

In Mann v Paterson Constructions Pty Ltd [2019] HCA 32 (‘Mann’), Australia’s highest court, the High Court of Australia (the ‘High Court’), considered this controversial principle, which is premised on the ‘rescission fallacy’ – the notion that upon the Contractor’s acceptance of the Principal’s repudiatory breach of the construction contract, the contract is void ab initio. This principle has been widely criticised, including on the basis that it is inconsistent with principles regarding the application of restitutionary remedies.3

In its decision handed down on 9 October 2019, the High Court significantly narrowed the application of the long-standing principle.

As a general principle, a Contractor who establishes that there are no accrued rights for payment for works carried out under a contract is entitled to a quantum meruit in respect of those works and is able to recover the fair and reasonable value of the benefit conferred on the Principal by the work carried out.

However, now the prima facie position is that courts will restrict quantum meruit recovery to amounts otherwise recoverable as contractual damages – in other words, there is a contractually specified ceiling.4

Despite the newly narrowed scope of the principle, Principals and lead Contractors should continue to take note the remaining risk that a Contractor could seek to claim a quantum meruit for works for which there is no accrued right to payment and also seek to avail itself of the exception to the prima facie position that the contractual price limits the amount recoverable. Building disputes are factually complex and often robustly fought. Defending such a claim will be more difficult and costly than defending a contractual damages claim, based on a contract containing specified rates for labour, plant and equipment.

The dispute in Mann arose from the construction of two double-storey townhouses on land in Blackburn, Victoria. The owners of the land, Mr and Mrs Mann, entered into a domestic building contract as Principals with Paterson Constructions Pty Ltd (‘Paterson’) as Contractors. Before Paterson had completed the second townhouse, the Manns alleged that Paterson had repudiated the contract and purported to accept such repudiation thereby terminating the contract. Paterson denied that it had repudiated the contract and claimed that the Manns’ wrongful termination itself amounted to a repudiation of the contract, which Paterson purported to accept.

The Victorian Civil and Administrative Tribunal (VCAT), in assessing Paterson’s entitlements by way of a quantum meruit, required 19 days of evidentiary hearings (and it should be noted that a quantum meruit assessment in a major commercial construction project, with multiple layers of Contractors and Subcontractors, could be considerably more complex and costly than the domestic building property at issue in Mann). The VCAT held that, notwithstanding the Manns’ claim that the total contract price was less than AU $1.1m, Paterson was entitled to a quantum meruit of approximately AU $1.6m, less payments already made.5

The Manns unsuccessfully appealed to the Supreme Court of Victoria, and then to the Court of Appeal, contending that the principles of quantum meruit had been applied incorrectly and the principle that a Contractor may claim a quantum meruit upon its acceptance of a Principal’s repudiation of the contract is incorrect.

Justices of Appeal Kyrou, McLeish and Hargrave issued their judgment on 12 September 2018. The Court of Appeal held that while it was sympathetic to the Manns’ contention, and the ‘growing chorus of criticism – judicial as well as academic – of the availability of quantum meruit as an alternative to contract damages where a repudiation is accepted’,6 the Court followed Sopov v Kane Constructions Ptd Ltd (No 2) (2009) 24 VR 510 and ultimately found that notwithstanding its inclination to agree with the criticism of the principle, it was constrained by previous authority.7

Subsequently, the Manns successfully appealed to the High Court, which handed down judgment on 9 October 2019. Three separate reasons were given by Kiefel CJ, Bell and Keane JJ, Gageler J, and Nettle, Gordon and Edelman JJ. While all justices rejected the principle as it stood, the majority (Gageler, Nettle, Gordon and Edelman JJ) agreed that it applied in more limited circumstances.

Justice Gageler found a quantum meruit is not available for work done by the Contractor in respect of the plans and specifications set out in the Contract for which the Contractor had accrued a contractual right to payment under the Contract at the time of its termination.8 Justices Nettle, Gordon and Edelman found that quantum meruit is available where there has been a total failure of consideration for the works performed.9 For example, if the contract provides that a party is entitled to payment upon completion of any part of the work, or if the contract is divisible into several entire stages (ie, contracts with progress payments and the Contractor has a right to be paid for the works performed by way of a progress payment at the time of termination), there is no entitlement to claim a quantum meruit.10

Most significantly, Gageler, Nettle, Gordon and Edelman JJ (a majority of the Court) also said that the contract price is a ceiling on the amount recoverable pursuant to a quantum meruit.13 Justices Nettle, Gordon and Edelman said this is the prima facie position, and it does not exclude the possibility of cases where, ‘in accordance with principle’, the circumstances will dictate that it would be unconscionable to confine the Contractor to the contractual measure (for example on the basis of the Principal’s continuing breaches being responsible for a cost overrun that rendered the contract unprofitable). Even then, however, in many such cases it would appear wrong that a Contractor should be entitled to a better result in restitution than would have been available to them under contract.14

Mann has severely limited the longstanding and controversial principle that upon acceptance of a Principal’s wrongful repudiation, a Contractor is entitled to claim a quantum meruit, with such recoveries not limited to contractual entitlements. Nevertheless, Principals should still consider the residual risk of wrongful termination and repudiatory breach. The residual risk now is that the Contractor seeks to claim a quantum meruit and seeks to set aside the prima facie position that the contractual price limits the amount recoverable.

On the other hand, a Contractor that has suffered significant delays or disruption at the hands of a Principal could argue that the prima facie contractual price ceiling does not apply to any applicable quantum meruit claim.

Principals may well seek to manage this risk either by the selection of ‘termination for convenience’ provisions, ensuring that Contractors accrue rights to payment for work performed, for example by including progress payments or a well-drafted payment in the event of termination clause or including an exclusion clause that carves out quantum meruit. Likewise, lead Contractors may wish to exclude the principle in a similar way in their agreements with their Subcontractors.

1 One of the earliest cases in which the principle was recognised was by the Privy Council in Lodder v Slowey [1904] AC 442. In that case, the Contractor was excluded from a work site and entitled to rescind the agreement and elect to sue on a quantum meruit

2 Nettle, Gordon and Edelman JJ noted that the use of the term quantum meruit in this context is to refer to a remedy arising by operation of law in that category of actions concerned with restitution in the category of unjust enrichment. For consistency, where in this article ‘quantum meruit’ is referred to, it is a reference to a claim in this sense (ie, a claim not made under the relevant contract).

4 Note that the majority of the High Court did not agree on this point (Gageler J said there was a contractual price limit and Nettle, Gordon and Edelman JJ said there was a prima facie limit with narrow exception). However, it is to be expected that lower courts will adopt the plurality’s findings that there is a prima facie contractual price limit with exceptions.