Beatrice Mtetwa and the Rule of Law - documentary film 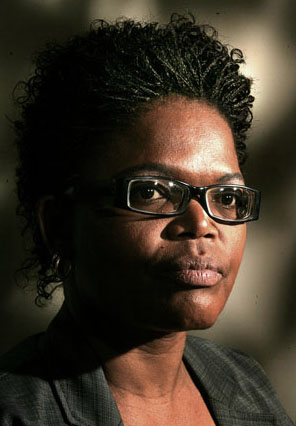 On 18 June 2013, the IBA presented a screening of 'Beatrice Mtetwa and the Rule of Law', the first film to be produced about one of Zimbabwe's most courageous human rights lawyers. View invite | View trailer

Ms Mtetwa lives and works in Zimbabwe where despite unlawful detentions and beatings, she continues to defend those who speak out against infringements of the rule of law and human rights by those in authority.

An audience of around 350 viewed the screening, which was held at the London School of Economics, including lawyers, human rights advocates, journalists and members of the public from around the world.

The screening was followed by a lively question and answer session with Ms Mtetwa in person, chaired by the BBC journalist Reeta Chakrabarti. The film's director, Lorie Conway, was also at the screening. Watch the event below:

Film trailer: (Click here to view on Vimeo)
Back to top

Beatrice Mtetwa and the Rule of Law-Trailer from Lorie Conway