The IBA Pro Bono Committee annually presents an award to a lawyer who is leading our profession in building a pro bono culture. The award is free to enter and it is open to all lawyers, whether or not they are members of the IBA.

Each year, the IBA Pro Bono Committee honour a lawyer who has shown an outstanding commitment to pro bono work as part of their legal career.

Deborah Ainslie, advocate and member of the KwaZulu-Natal Society of Advocates in Durban, South Africa, has been recognised for her embrace of pro bono legal representation while still setting up her practice. A particularly impactful case was securing scholar transport for thousands of children in rural communities and ensuring changes to the public policy governing scholar transport. Without such scholar transport, these rural children could not access education. Another matter, also impacting on children, resulted in a supervisory order which unblocked the process of adoptions, which is a significant step for the many abandoned babies in her province (state). Her nominator applauds Ms. Ainslie for her dedication and intense work, ‘Ms. Ainslie most certainly has a heart for pro bono legal representation, and she gives her heart and soul into it.’ It was added that ‘My nomination of Ms. Ainslie is so that the countless voices which she has helped can be given a voice to give her the thanks which she deserves’.

Geoff Budlender SC, advocate and Member of the Cape Bar in Cape Town, South Africa, has demonstrated an exceptional level of commitment and dedication to a very wide array of pro bono pursuits, serving as an exemplary legal professional with deeply impactful contributions to both client service and law reform, benefiting vulnerable communities extending to millions of people. His legal work alongside the Legal Resources Centre of South Africa played a significant role in protecting victims of apartheid, in the struggle to end apartheid and the achievement of democracy in South Africa. Mr Budlender has guided many of the socio-economic rights litigation matters which are foundational in respect of the State's constitutional obligations. Examples include securing the administration of anti-retroviral medication to newborns at birth and thereby saving an estimated two million lives; challenging the State's calculation of old age and disability pensions, thereby making greater state funds available to old age and disability pensioners; confirming the State's constitutional obligation to provide access to housing; protecting the property rights of millions of particularly rural women; and ensuring that millions of South African children receive one nutritious meal per day while being educated. His nominator states that ‘Mr. Budlender has shown lifelong commitment to ensuring justice and to providing high impact pro bono services to important cases defending basic human rights’.

Sam Cottman of Travers Smith LLP in London, England, has been nominated for his remarkable work and impact over 15 years which has been transformational. Mr. Cottman has been recognised for being the first Travers Smith LLP lawyer to take a domestic violence case to trial and in 2016 Mr. Cottman took over the firm's Family Law Clinic in East London, managing a team of 40+ lawyers who have since advised 250+ clients. Mr Cottman led his firm's pro bono work for JUSTICE, an all-party law reform and human rights organisation, and their 17-month investigation into the over-representation of black, Asian and minority ethnic youth in the criminal youth justice system, resulting in a published report in February 2021. His nominator quotes ‘We could not be more grateful to him or hold him in any higher esteem than we do. Mr. Cottman is an extraordinary example of a solicitor‘.

Schona Jolly QC of Cloisters Chambers in London, England, is an outstanding QC who has been recognised for her extensive experience contributing to and leading pro bono efforts on challenging human rights issues in various international contexts which have been informed by rigorous scholarly work and innovative approaches. Her work to promote the use of international human rights law by states (not only by lawyers) promises to have a long-lasting impact on affected communities. This includes working on legal issues associated with the Rohinga genocide; exploring clear and practical ways in which international law can serve to bring accountability and justice to Uyghur people in Xinjiang; and working on the rule of law and fundamental rights challenges in Hong Kong, Turkey, India, Poland and Hungary. Her nominator praises that ‘Ms. Jolly is generous with her time and is always keen to do more to advocate on behalf of those whose human rights have been violated. Her commitment to international human rights is daily evidenced by the enormous personal sacrifices she makes to ensure that crucial trials, scheduled at the last moment, are subject to expert scrutiny and documented for further advocacy’.

Eduardo Marquez of Sidley Austin LLP in Texas, USA, is an outstanding lawyer nominated for his keystone participation in Sidley Austin’s Emerging Enterprises Pro Bono Programme, aimed at benefitting poor, rural and disadvantaged communities, particularly women, by supporting local businesses that provide enhanced employment and livelihood opportunities. He has not only become one of the lawyers that has shown dedication by working long hours and helped countless clients, but also, he has undertaken the commitment to become the first South and Central America Coordinator for the entire programme. Mr. Marquez also regularly assists in immigration workshops and has helped clients in filing for asylum and refugee status in the USA, including individuals from Africa, Mexico and Central America. His nominator states that he ‘represents the best in pro bono lawyers and receives my highest recommendation for a committed volunteer who not only reaches his goals but exceeds them’.

Helen Marshall of Akin Gump LLP in London England, is renowned for her exceptional pro bono work in Malawi by supporting Reprieve to provide representation to indigent people on death row. Reprieve is a non-profit organization of international lawyers and investigators and its main focus is on the death penalty. Ms Marshall's long-term commitment to Reprieve and the Malawian lawyers also involved three training sessions between 2019 and 2021. Ms Marshall's firm and Reprieve assisted on the case, fought by Malawi legal aid lawyers who participated in the training, in which the Malawi Supreme Court abolished the death penalty in Malawi. Her nominator states that ‘In their work on this project Ms. Marshall and her team have gone above and beyond what would be expected of lawyers acting pro bono and in a supporting capacity to the local legal team. Their work has been characterised by humility, flexibility, commitment to collaboration, to following the lead of lawyers and activists leading the campaign against the death penalty in Malawi and, most importantly, to prioritising the needs and wishes of our clients and their families’.

Grainne Mellon of Garden Court Chambers in London, England, is an outstanding barrister who has made a deep and unique impact on migrant children’s rights by helping vulnerable European Union (EU) children and young adults apply to the EU Settlement Scheme (EUSS). She is notorious for tireless devotion by setting up the ‘Here for Good EUSS Project’ enlisting 90 other barristers to work pro bono on EUSS. Her nominator praises that ‘the impact of her work has been nothing short of life changing for the clients who the Here for Good EUSS Project has reached. Dozens of vulnerable EU nationals on the brink of losing their right to live lawfully in the UK and access to housing and benefits, now have secure status and a firm footing to continue their lives here’. 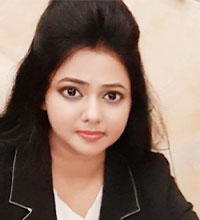 The Annual IBA Pro Bono Award was presented at the IBA 2020 – Virtually Together Conference during the SPPI Awards Ceremony on Monday 09 November. The award seeks to honour those who have shown outstanding commitment to pro bono work. The recipient for 2020 has been named as humanitarian lawyer Ishrat Hasan (pictured) for her dedication to removing barriers of access to justice, specifically for the poor, disadvantaged and marginalized communities in Bangladesh, as well as her legal battles in relation to the rights of women and children.