The International Bar Association (IBA) Legal Policy & Research Unit (LPRU) has released its first set of findings into the lack of representation of women in senior roles across the legal profession – private practice, in-house legal teams, public sector institutions and the judiciary – in England and Wales. Overall, the England and Wales Pilot Interim Results Report reveals that women in the law make up 51 per cent of the profession, but only occupy 32 per cent of senior roles.

IBA Vice-President Almudena Arpón de Mendívil, Partner at Gómez-Acebo & Pombo, Madrid, Spain commented: ‘I take the opportunity of the release of these relevant findings to express my solidarity and admiration for Ukrainian women and specially, for women lawyers, judges and all those so bravely fighting for the Rule of Law and respect for Human Rights to prevail in Ukraine despite the horror provoked by the illegal attack from Russia, which I strongly condemn.’

The Interim Report, released in collaboration with the LexisNexis Rule of Law Foundation (LNROLF), is part of the project 50:50 by 2030 – A Longitudinal Study into Gender Disparity in Law, which was launched a year ago on International Women’s Day 2021.  The project is at the nascent stage of a nine-year-study being conducted across 16 jurisdictions with the aim of uncovering the root causes of gender inequality at senior levels across the legal profession; identifying the barriers preventing women from reaching seniority; addressing the impact of diversity initiatives; and designing a blueprint for gender parity. 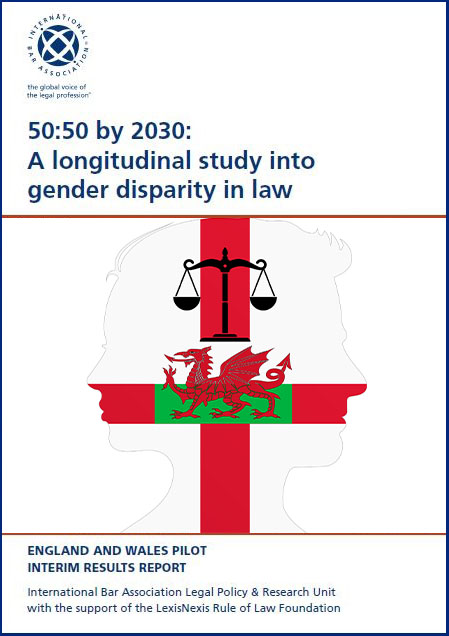 Additional findings of the Interim Report include:

The pilot study was carried out in England and Wales between May and October 2021 with 82 entities completing the survey. Two further pilots are scheduled for Spain and Uganda during 2022. Unique in its scope and depth, data from the 50:50 by 2030 – A Longitudinal Study into Gender Disparity in Law will be collected and analysed over a nine-year period, allowing changes to be measured, progress tracked and global trends observed. When the pilot phase is complete, the findings will inform future research methodology and the project will be rolled out to Australia, Chile, India, Japan, Mexico, Nigeria, Republic of Korea, Singapore, South Africa, the Netherlands, Ukraine, United Arab Emirates and the United States.