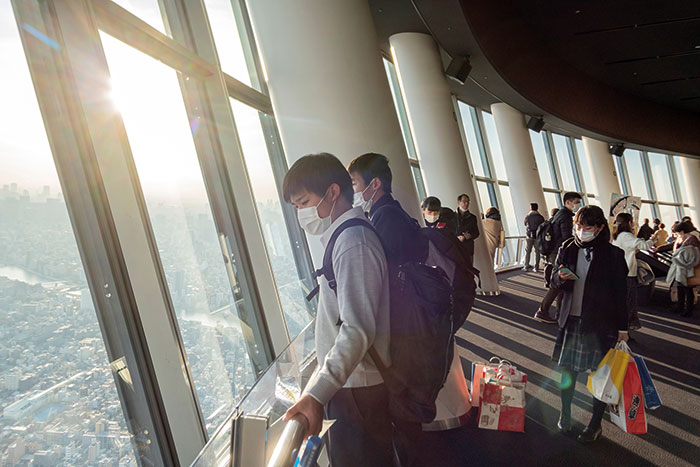 Under the Japanese Civil Code, a debtor is released from its contractual obligation and liability when the debtor proves that a force majeure event prevented it from its performance. Traditionally in Japan, a debtor is released from a contractual obligation when there is no fault or negligence on the debtor’s side. This rule is based on judicial precedents and was codified in the Article 415 paragraph 1 of the Civil Code in 2017. When a debtor’s performance is prevented by a force majeure event, this mean means the debtor has no fault or negligence in its breach of contract. A force majeure event can be understood as one of the situations where the debtor has no fault. It should be noted, however, that any obligation regarding monetary payment is not released even by force majeure under the default rule (Article 419 paragraph 3 of Civil Code).

Under Japanese contract principles, the burden of proof regarding fault or negligence in the case of breach of contract claim is borne by the debtor. When a party to a contract makes a claim against the other party that breached its obligation, the latter has to argue and prove that any fault or negligence did not exist on its side. Accordingly, the debtor must prove the existence and actual negative impact on its performance due to force majeure events.

As such, the concept of force majeure has been established and recognised as a general principle under the Civil Code and there is no specific body or provision of statutory law that provides concrete or detailed explanations of its application. The only provision in the Civil Code that mentions force majeure is Article 419 paragraph 3, which says a breach of monetary payment obligation cannot be justified by a force majeure event. While this provision is regarded as a basis for interpreting that the Civil Code takes for granted that force majeure may release debtors’ obligations in general, it does not give any definition. Therefore, the definition and the extent of events it covers are left to interpretation of individual contracts on a case-by-case basis. Courts tend to describe it as ‘such events occurrence of which cannot be attributed to the affected party taking into consideration the sources of the obligation such as contracts and the common sense in commercial context’, but it is not clear enough to understand exactly what events are covered. Therefore, it is advisable to clarify in the agreement a definition and a list of concrete examples of force majeure events. From a viewpoint of sellers or service providers, it is advisable to include as many events as possible, on a non-exclusive basis. Purchasers, however, should be careful not to stipulate the concept too broadly and should consider excluding some unclear events from the definition, such as economic downturn, decrease in demand, lack of raw materials or lack of labour forces.

The doctrine of frustration or hardship allows one party to ask for changes to the contents or termination of the agreement in case of a material change in the situation after the execution of the contract. In Japan, unlike some European jurisdictions and international model codes, such as the Principles of International Commercial Contracts, that recognise the doctrine of hardship, and some common-law jurisdictions that have developed the doctrine of frustration, the doctrine has not been developed to the level that its application can be expected to be a default rule.

However, Japanese courts have been extremely reluctant to apply this doctrine and there has not been any publicised court decision in which it was applied.

Therefore, if parties want to modify or terminate the agreement in case of any hardship or material change of situation in the future, conditions and effects must be clearly stipulated in the agreement.

There have been no court decisions relating to the effects of Covid-19 on legal obligations, partly because the courts were suspended after the outbreak, and no legislation declaring the legal effect of Covid-19 on contracts. It is not easy to anticipate the outcome of this unprecedented situation. Public opinion appears to recognise Covid-19 as a force majeure event in general, but decisions must be made for each case based on individual situations.

Where lockdowns are made as mandatory orders or an equivalent action by public authorities, it is highly likely that such orders or actions will be regarded as force majeure in Japan. However, what makes the Japanese situation difficult and unique is that, unlike many other counties, the ‘lockdown’ has never been mandatory and has almost no sanctions. All instructions given by the national government and local municipalities have been made as ‘self-constraint requests’. Most people have ‘respected’ the requests and complied with the instructions on a voluntary basis. As a practical matter, the official ‘requests’ have had substantially the same effect as mandatory orders. The primary reason why such requests have been made in such softer way than in other countries is that the Japanese government does not have statutory basis to go any further. However, such difference of legal characteristics of the Japanese ‘lockdown’ may affect the legal consequence regarding force majeure.

In Japan, Covid-19 first attracted the public attention when an outbreak occurred on the cruise ship Diamond Princess at the end of January. As the number of patients increased, the first official instruction was given on 26 February 2020 by the governor of the northern prefecture of Hokkaido, ordering schools to be closed and asking residents to refrain from going out during weekends, but without legal basis. Soon after this, the government made a request requested to postpone or minimise events and to close schools, but again without legal basis. Despite their non-mandatory nature, most, not but all, people tried to follow the requests.

Then the government moved to get ready to issue a lockdown order in early March. Although there was a discussion about enacting a new law to specifically handle this situation, the government decided to cope with it by amending the existing law that was legislated to combat against the flu in 2012. Under this law, the maximum authority that the government can exercise is to issue a declaration of emergency, which is different from the common concept of lockdown, as the declaration cannot be used to force people to obey because there is substantially no penalty for disobedience.

After a series of unofficial stay-at-home requests, a declaration of emergency was finally made on 7 April 2020 for seven prefectures, including Tokyo and Osaka, and it was extended to the entire country on 16 April 2020. It lasted until 25 May 2020 when the declaration was lifted in the entire country, but again the request of self-restraint continued. Despite their soft legal nature, the requests were respected by almost all Japanese people.

It is the author’s opinion that the declaration of emergency, despite its non-compulsory nature, should in general be treated as being equivalent to a mandatory lockdown, and thus regarded as a force majeure event, because the declaration was issued based on the legislation and most people took it as mandatory as a matter of practice. However, the legal implication of the self-restraint requests made before and after the declaration is unclear because they were made without clear legislative basis and some people dared to ignore them to maintain their business. Ultimately, future decisions will be made on a case-by-case basis.