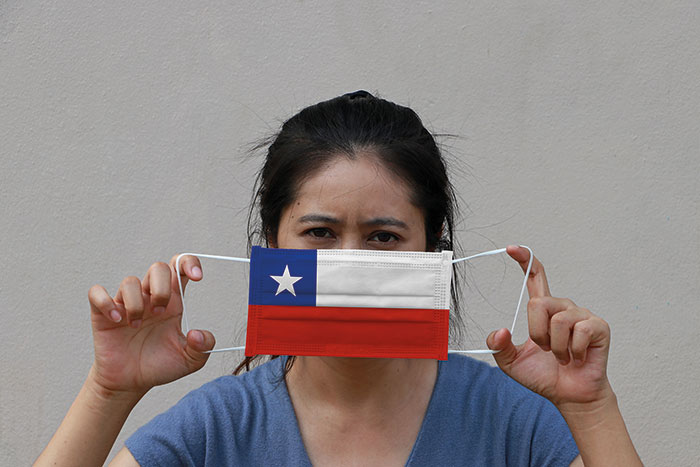 In Chile, private funds account for about two thirds of total investment in the construction sector. The Chilean Civil Code (CCC), in force since 1857, treats a construction contract as a form of rental work. Only two articles of the CCC are devoted to the construction of buildings.

Due to the strong presence of foreign investors, contracts based on common law are frequently used for projects executed in Chile. However, unlike many other Latin American countries, Chile almost never uses project financing from international investment banks, such as the Inter-American Development Bank or the World Bank. Thus, projects that are carried out in accordance with FIDIC standards are an exception to the rule. Construction contracts are drafted on an ad hoc basis or follow an owner’s pre-established contractual forms. The contracts tend to allocate the risks in a way that is more favorable to the owner, who largely determines its content.

The general contractual framework created by the CCC has not been substantially amended since the 19th century. It still mirrors legal concepts under the Napoleonic Code, that is, the primacy of the autonomy of the parties and the relegated position of the judge, who, according to Montesquieu, acts as la bouche de la loi. Thus, as recorded in Article 1545 of the CCC, the sanctity, pre-eminence and the intangibility of the contract continue being the most fundamental principles of the Chilean private law.

The only marginal and partial exception is contained in Article 2003, second rule, of the CCC. Pursuant to that provision, in cases of hidden and unforeseeable soil defects a contractor can claim additional costs and, if no agreement with the owner is reached, may resort to the judge to adjust the contractual terms. This provision has been used as the basis of the so-called unpredictability theory (teoría de la imprevisión) within the Chilean legal system.

The doctrine of unpredictability has been applied only exceptionally, mainly by arbitrators acting ex aequo et bono and in long-term supply contracts. Based on principles under Article 1545 of the CCC and relying on the most influential doctrine, the ordinary courts have repeatedly rejected the application of the theory of unpredictability.

There is no legal regulation on frustration or hardship. Article 1546 of the CCC provides that contracts have to be construed and performed in good faith. It remains to be seen how this legal provision will be used in court and arbitral proceedings related to Covid-19.

Going further, it is common to find contractual waivers of the right to invoke the unpredictability theory or similar concepts. To quote one example: ‘Each party hereby waives any and all rights to invoke any defenses to its respective obligations to perform based on the doctrine of the teoría de la imprevisión, hardship or other similar doctrines.’

In view of such agreement, the question is whether the parties really have waived their possibility of relying on imprevisión or hardship, or whether such an agreement does not cover Covid-19. Indeed, it could be argued that a global pandemic was not a situation that could have been foreseen by the parties and therefore is not covered by the waiver.

Force majeure: a lifesaver or burden?

The primacy of the contractually agreed terms has put a lot of pressure on the parties during the pandemic, as there are no contractual or legal mechanisms to adapt their obligations to the new reality. The only way to be partially liberated from the weight of contractual obligations is by invoking the force majeure clause or legal provision under Article 45 of the CCC.

Under Chilean law, force majeure operates as a disclaimer or exculpation possibility that justifies a party’s non-compliance. However, while the party can be discharged from liability, it should bear its own costs. For construction projects, it means that the contractor will receive an extension of time, but will not receive compensation for costs incurred during the force majeure event.

For force majeure provisions to apply, the inability to comply with the contractual obligations needs to be absolute. In turn, if the unforeseen circumstances make the compliance more onerous for one of the parties, the situation cannot be deemed a force majeure event.

The pandemic has had impacts of a different nature. In some cases, projects have been affected by confinement measures ordered by local authorities, making it absolutely impossible for the personnel to circulate or to reach the site. In these cases, contractors seem to be better equipped to rely on force majeure. In other cases, the impact has been caused by social distancing requirements, which require additional transportation, new accommodations and catering facilities for the workers and remote working, to name a few. In many projects, there are discussions under way on whether those conditions constitute force majeure or whether the new conditions have to be complied with, with no extension of time or compensation of cost for the contractor.

Two interesting trends unseen before can be observed in the current practice. The first shows contractors being reluctant to rely on force majeure. Contractors have tended to continue working under the new atypical sanitary conditions as far as their personnel are able to reach the site and as far as their supply chains have been reestablished. Contractors refrain from invoking force majeure as it might reduce their chances to recover the additional cost. Instead, in some cases, owners rely on force majeure to justify their inability to provide their deliverables, for example, transportation of the contractor’s workforce, or design approval.

Second, some contracts imported into Chile from common law countries include a change-in-law provision, which provides for compensation for costs caused by legal changes introduced after the contract had entered into force. However, Article 45 of the CCC includes within the definition of force majeure the acts undertaken by public authorities. Therefore, a legal or administrative act ordering border closures, curfews or confinements could be characterised as force majeure as well as a change in law at the same time.

Change-in-law provisions seem to offer more favourable treatment to the contractor than the force majeure clause. Hypothetically, a discussion about whether one of the two clauses has pre-eminence within one and the same contract could arise. Does a force majeure regulation pre-empt the change-in-law provision, leaving the constructor with a time extension but no compensation for cost, or does a change-in-law stipulation secure a contractor’s right to seek compensation for costs, notwithstanding the fact that it also might fall within the force majeure definition?

Chilean law was clearly unable to provide suitable solutions for the situation caused by Covid-19. Much uncertainty exists with regard to how the pandemic can be treated in an equilibrated and sound way, without causing widespread bankruptcy across the construction sector and leaving projects unfinished. An important tool to overcome the static response from the legal system appears to be recourse to direct negotiation or mediation. With those future-orientated methods, the projects can be brought forward improving what is otherwise an imbalance in risk allocation.

An amendment to the CCC has been recently submitted before the Chilean Congress in order to introduce a regulation dealing with the concept of hardship. It proposed that Articles 1546-bis of the CCC provide that if a change of circumstances, unforeseeable when the contract had been signed, makes compliance excessively burdensome for one of the parties, the latter may request its counterparty to renegotiate the contractual terms. If the renegotiation is not accepted or if it fails, the parties may terminate the contract or request a judge, by mutual agreement, to proceed with its adaptation. In the absence of an agreement, one of the parties may request the judge to review the contractual terms or to terminate it.

It may be a while before this amendment becomes law and enters into force. In the meanwhile, the question is how to improve the contractual framework for future projects in the Chilean territory. For that, a more appropriate risk allocation should be considered. One of the possible shortcuts to reach this goal would be the application of FIDIC forms. Alternatively, the parties should foresee the unforeseeable and not waive their rights to invoke hardship and similar doctrines.