Despite being prohibited under international law, torture is widespread throughout the world. Acts of torture are committed by state agents, whose role it is to uphold and enforce the law. Legal professionals are essential to upholding the rule of law and ensuring reports of torture are investigated properly. The IBAHRI have worked in Brazil since 2010 to support the country in it's commitment to eradicate torture as part of its obligations under international law.

Brazil is a middle-income country with approximately 200 million inhabitants, 725,000 adults in prison1 and 26,000 adolescents deprived of their liberty.2 The country has a federative government system, composed of 26 states and one Federal District. These states have budgetary, financial and legal autonomy, having state constitutions, legislative powers and their own governmental organisation. While federal authorities are competent to legislate in matters of criminal law, security forces and the police are state-based.

In relation to forensics expertise, however, there are no constitutional or federal laws. The investigation, prosecution and punishment for the crime of torture are, as a rule, under the jurisdiction of the state courts. Federal courts only address cases of torture when the accused is a federal employee (eg, federal police), but because of the low number of such officers, such cases are very unusual.

In spring 2018, the International Bar Association's Human Rights Institute (IBAHRI) and the Anti-Torture Initiative (ATI) reached the milestone of conducting tailored programmes in all five regions of Brazil on torture prevention and implementing the Istanbul Protocol - the United Nations manual on the Effective Investigation and Documentation of Torture and Other Cruel, Inhuman or Degrading Treatment or Punishment. 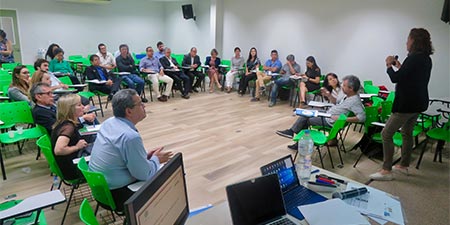 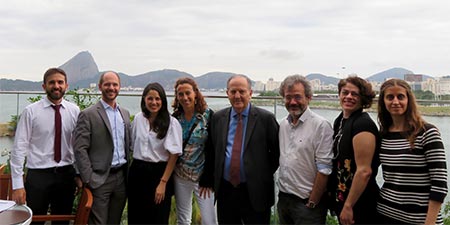 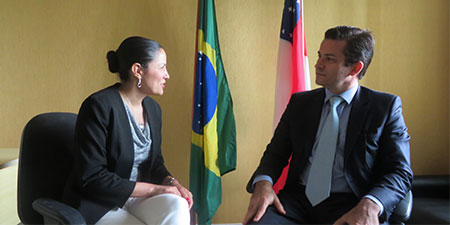 Through a series of intensive courses and workshops, the two organisations have increased the capacity of professionals in 23 of Brazil’s 27 states. Participants included members of the legal profession (lawyers, public defenders, judges and prosecutors), forensic services (doctors and psychologists) and members of the National and State Preventive Mechanisms. Training has centred on conducting effective legal and medical investigations into allegations of torture and ill treatment, as laid out in the Protocol, as well as how to report findings of torture to the judiciary or other investigative bodies.

On 14th November, 2018, the International Bar Association’s Human Rights Institute, the Anti-Torture Initiative (ATI) and SIRA - Network of therapeutic, legal and psychosocial support in contexts of violence, submitted an expert opinion to several Brazilian federal authorities calling for the standard forensic questions for torture investigations established in guidelines from the Ministry of Justice to be reviewed in light of international standards.

Following two years of trainings and discussions with prosecutors, judges, lawyers, public defenders and forensic doctors in Brazil, the three institutions concluded that the current standard forensic questions (based on criminal legislation from the 1940s) represent an obstacle to the documentation and investigation of torture in light of international standards binding for the country.

The expert opinion outlines three main issues vis-à-vis these standard forensic questions: (i) disregard for torture as an autonomous criminal offense, (ii) placing on doctors the responsibility to account for the occurrence of torture, and (iii) hurdles faced by investigative authorities.

IBAHRI and these partner organisations call on Brazil to reform the standards questions and carry out its obligation to prevent, investigate and punish torture and ill-treatment in accordance with International Law. The document finalizes by providing three practical recommendations.

(Supporting Criminal and Medical-Legal Investigations on Allegations of Torture)

Click below to watch an IBAHRI short video (in Portuguese, with English subtitles - select 'CC' and 'English' on the panel at the bottom of the video), featuring testimonies of IBAHRI’s main stakeholders in Brazil, and members of its expert delegations.


For English subtitles, select 'CC' and 'English' on the panel at the bottom of the video

The reach of the IBAHRI's anti-torture advocacy in Brazil, specifically use of the Protocol, has broadened through collaborating with Brazilian stakeholders including the National Preventive Mechanism (NPM) – the federal independent body established to monitor conditions where people are deprived of their liberty, in accordance with the Optional Protocol to the Convention against Torture (OPCAT). The NPM's 2017 Annual Report is available to download in Portuguese. 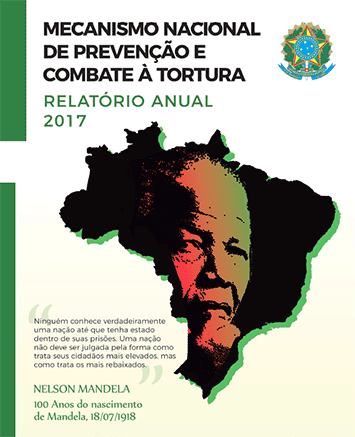 IBAHRI's Collaboration with the NPM, as a local partner, strengthened the relationship between the NPM and state IMLs, Prosecution Offices, Public Defender’s Offices and State and Federal Courts. These relationships have become very important in NPM work in inspecting prisons and other sites of deprivation of liberty as well as incentivising the monitoring and implementation of their recommendations vis-à-vis torture forensics and Istanbul Protocol adoption.

IBAHRI professionals have worked in Brazil since 2010 and will continue to support the adoption of international tools and standards for the prevention of torture via knowledge-sharing and advocacy activities, as well as the promotion of legislative and regulatory reforms. Below are some additional materials produced by the IBAHRI to support the prevention of torture across the Latin American country.


IBAHRI's – ATI work over the past 15 months has involved internationally recognised experts on the field of torture prevention and access to justice, as well as national experts.

In May 2018, Professor Juan E Méndez, also participated in the public conference : ‘Torture and the Istanbul Protocol in the current Brazilian context’. 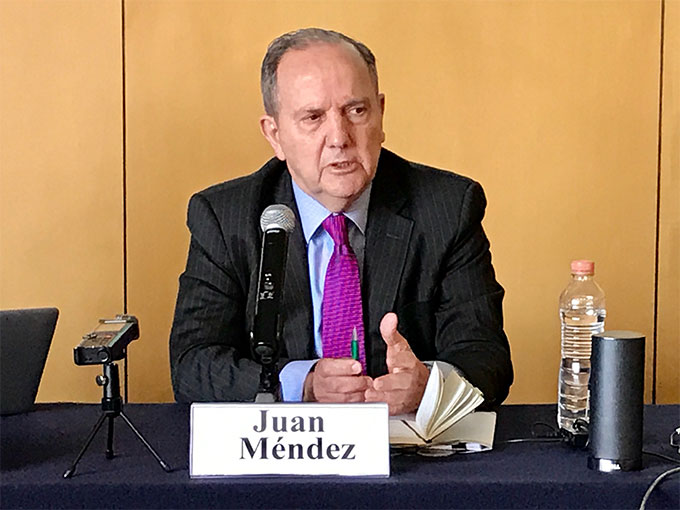 Initial tailor-made workshops for the NPMs, held at the UN office in Brasíia in June 2017, were attended by all 11 members and two representatives from the State Preventive Mechanism of Pernambuco. In May 2018, and with the support of the OPCAT Special Fund, a two-day interactive workshop was held in Rio de Janeiro with the new members of the NPM, and all six members of the State Preventive Mechanism of Rio de Janeiro.

In 2017, training was extended to members of the legal profession (lawyers, public defenders, judges and prosecutors) as well as forensic services (doctors and psychologists) in two states. In Manaus, (Northern region) 61 participants from Acre, Amazonas and Roraima were hosted by the Academy of the Amazon Magistrates, and in Natal (North-eastern region) where 66 professionals participated from the states of Alagoas, Bahia, Ceará, Maranhão, Paraíba, Pernambuco, Piauí, Rio Grande do Norte and Sergipe. They were hosted by the local section of the Brazilian Bar Association, Ordem dos Advogados do Rio Grande do Norte. Prison conditions are appalling in both states, which faced deadly prison riots at the beginning of that year.

In May 2018, training on the Protocol was delivered to professionals from the states of Bahia, Distrito Federal, Espírito Santo, Maranhão, Mato Grosso do Sul, Minas Gerais, Rio de Janeiro and São Paulo. The training sessions took place at the State Public Defender’s Office of Rio de Janeiro. They were co-organised by the NPM and the Foundation for Training of Public Defenders (FESUDEPERJ) and attended by 72 professionals.

The intensive cross-nation training programme culminated in Santa Catarina on 22 May 2018, where the Magistrate Academy from the Santa Catarina State Court hosted a two-day training for 38 legal and health professionals from Mato Grosso, Paraná, Rio Grande do Sul, Santa Catarina and São Paulo. 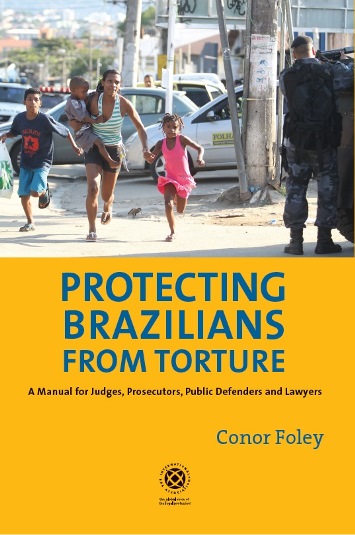 The IBAHRI has produced a second edition of Protecting Brazilians from Torture: A Manual for Judges, Prosecutors, Public Defenders and Lawyers.

The Manual's first edition was launched in 2011, with a total of 8,000 copies printed. The Manual was used in trainings for judges, prosecutors, public defenders and lawyers across six Brazilian states, in partnership with key Brazilian justice institutions.

Following the success of the first edition, this second edition contains up-to-date material including from the United Nations Sub-Committee on Torture’s Report on Brazil and Brazil’s Universal Periodic Review. It is available in both Portuguese and English.