Productivity claims: why you won’t win on data alone 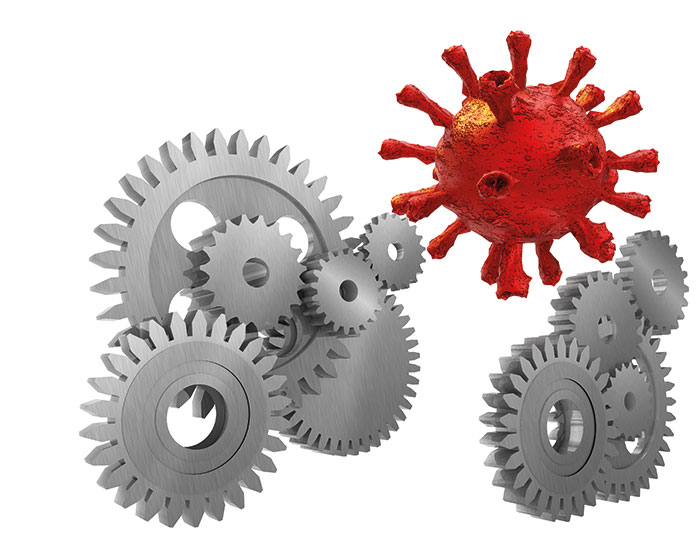 As the construction industry resumes work on projects that were shuttered or slowed due to the Covid-19 pandemic, accurate assessment of lost productivity impacts will be especially important. Owners and contractors will be seeking ways to progress the work while also taking unprecedented steps to keep workers and the public safe and healthy. Social distancing, medical checks, rotating schedules and other potential mandates associated with the pandemic, as well as labour availability and supply-chain challenges, may create losses of productivity on projects. Even in the best of times, these types of losses can be obscure, incremental and difficult to quantify. Faced with these challenges, contractors will likely expend more labour hours on the project than planned, resulting in real impacts to the bottom line. Enter the lost productivity claim.

While there are many methods to calculate damages from lost productivity, the ‘Measured Mile’ is widely recognised in the industry as the ‘gold standard’. It is preferred over other methods because it relies on actual project labour records, is a data-intensive analysis and compares impacted versus unaffected areas on the same project. Because of its positive reputation, contractors often select the Measured Mile approach when submitting a lost productivity claim. The problem arises when a contractor believes that by simply performing a Measured Mile calculation it entitles them to recover losses.

At face value, the Measured Mile analysis is simply a calculation method. It makes no distinction between losses caused by the owner or those caused by the contractor. As such, a critical component to proving losses due to productivity impacts is the contractor’s ability to establish causation. This is often the difference between a successful and unsuccessful claim.

So, what does that mean? Establishing causation is demonstrating a direct cause-and-effect link between project events and the resulting adverse impact. There are countless potential issues on any given project, caused by the owner, contractor or both. Establishing that additional labour hours are only the result of an owner-caused issue is critical to a contractor’s successful claim.

Project records, such as meeting minutes, daily reports, change orders, emails, field notes and the like, are excellent sources for establishing cause-and-effect links and supporting a loss-of-productivity claim. Establishing causation is directly affected by the quality, quantity and relevance of the project records. Poor record keeping makes it more difficult to create a cause-and-effect link and, therefore, more difficult to create a strong claim. Keeping detailed project records is a contractor’s first line of defence in protecting itself from unplanned labour costs.

Establishing causation is essential because productivity impacts can occur for numerous reasons that are not the fault or responsibility of the owner. These reasons commonly include insufficient estimates, poor planning or scheduling of manpower, or unreasonable contractor means and methods. Owners should rightfully be wary of contractor productivity claims that do not include a narrative and supporting documentation demonstrating claim entitlement and instead provide only a calculation accompanied by a simple list of asserted impacts. Additionally, owners should expect that the contractor evaluated and accounted for any self-inflicted impacts in its damage calculations.

By looking at solely the data, it appears that the contractor’s productivity was affected over more than 1,000 labour hours during the first and second periods of poor productivity (impact periods C to D and E to F). However, as discussed, data plots and calculations by themselves are insufficient to successfully be awarded compensation. The contractor must prove that impacted hours were the result of an owner-caused issue and were not self-inflicted, because the burden of proof of the claim resides with the contractor.

For this example, the analyst reviewed daily records and determined that, after installation of approximately 1,800 units (point C), the contractor was unable to proceed due to design errors. Project meeting minutes fully documented the coordination efforts between the owner and the contractor to resolve those design conflicts. During the design impact period (C to D), the contractor’s daily reports showed that it continued to perform work, as required by the owner, but had to do so in an inefficient, incomplete manner until the conflicts were resolved. Therefore, the project records show a direct link between the contractor’s increased labour hours and the design errors.

In Figure 1, the contractor’s productivity returned to its ‘unimpacted’, productive performance after resolving the design issues (D to E). However, a second period of lost productivity occurred after the installation of approximately 3,000 units (E to F).

Let us assume that instead of unilateral change orders issued by the owner, the second impact was caused by the contractor’s own decision to change its installation means and methods. In this scenario, the contractor’s poor planning caused the additional hours; therefore, they would be non-compensable. Although the calculation indicated that the contractor expended several hundred labour hours more than it should have, it is impossible to demonstrate merit for a claim that has not first established causation through actual project facts and records. The number of possible reasons for project impacts are simply too numerous for a contractor to assume that, because there were owner issues, those issues caused the increased labour hours.

While there are an endless number of impacts that could have been used in this hypothetical example, the conclusion would be the same: calculations and data alone cannot prove entitlement to recover costs for productivity losses. A contractor must demonstrate a direct cause-and-effect link, using project documents, to establish causation and successfully pursue its asserted damages.

As contractors work through challenges restarting projects after Covid-19, potentially working with new restrictions that differ from those assumed at the time of the bid, it is essential to document changed daily working conditions, owner-mandated sequencing changes and any other disturbances in daily reports, meeting minutes, letters and the like. These documents will aid contractors in proving productivity impacts as it comes time to settle costs for project disruption caused by the pandemic.