A joint letter, co-signed by the International Bar Association’s Human Rights Institute (IBAHRI), the Bar Human Rights Committee of England and Wales, the Bar Council of England and Wales, and other lawyers' organisations, was sent to President Mugabe of Zimbabwe on the 3rd of August, calling on him to veto a bill proposing changes to judicial appointments which will undermine the independence of the judiciary and threaten the rule of law in Zimbabwe.

The Bill will amend the Constitution to give the President the sole discretion to appoint the Chief Justice, Deputy Chief Justice and Judge President of the High Court. The Bill has been passed by the Lower House of Parliament, and if approved by the Senate, it will be up to President Mugabe to veto or sign the Bill into law. 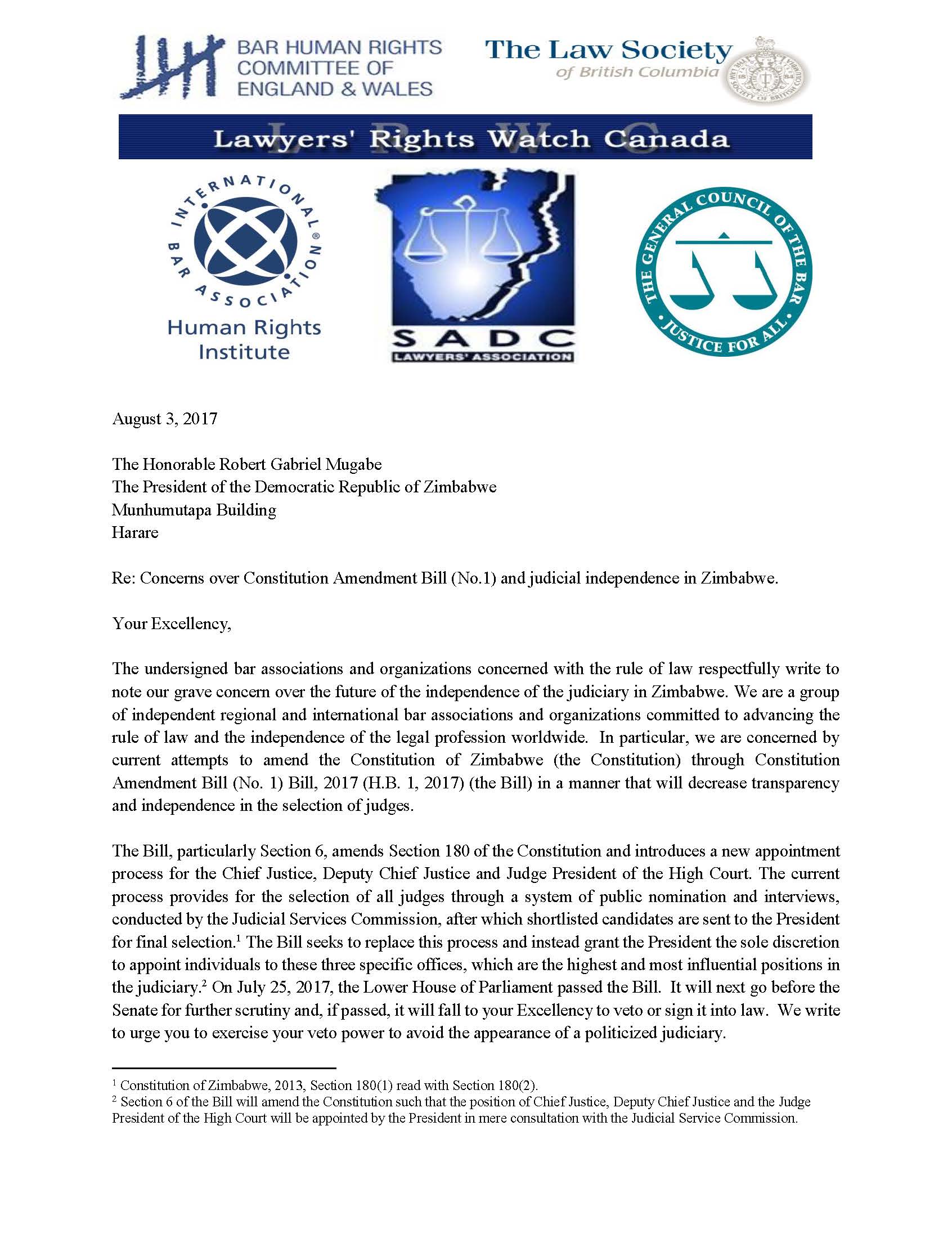 Letter to President Mugabe of Zimbabwe