The impact of Covid-19 on the South Korean construction industry 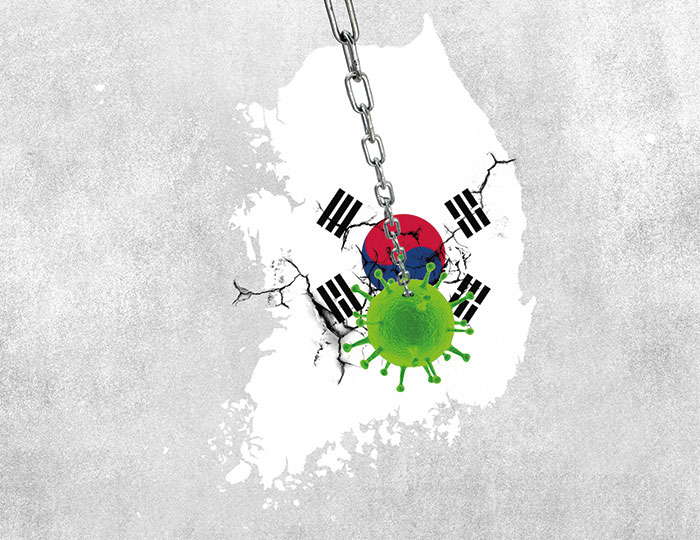 Lockdowns around the world are slowly easing, but the global consequences of Covid-19 on the construction industry linger on. The direct impact of the pandemic on the South Korean construction industry appears to be limited compared with other countries because the government did not implement such drastic measures. However, there have been modest repercussions because of the introduction of swift measures to curb the spread of the virus to reduce the burden on construction projects.

On 12 February this year the Ministry of Economy and Finance issued ‘Guidelines for Handling Public Contracts to Respond to COVID-19’ applicable to public procurement and public construction projects. These set out recommendations that construction works be temporarily suspended and contractors be relieved from liquidated delay damages in the event of an ‘inevitable delay’. A further recommended measure was to allow for an adjustment of the contract price should continuing construction works become ‘remarkably difficult’ on site due to the spread of Covid-19. However, what ‘remarkably difficult’ or ‘inevitable delay’ means was not defined and, since the guidelines specifically refer to public construction contracts, it is unclear whether they also apply to private construction contracts.

On 30 January 2020, the Ministry of Employment and Labour published a ‘Response Guidance for Businesses to prevent and control the spread of COVID-19’ setting out recommendations on how businesses should operate during the pandemic. This guidance has been updated seven times since its first publication and the eighth edition (which is the latest version as of 4 June 2020) was published on 7 April 2020. According to the guidance, if the government orders a workplace to be shut down due to a confirmed or suspected case of Covid-19, the affected employer will be excused from its obligation to pay any wages to the employees. Even if the workplace itself is not shut down, if an employee is unable to work due to being quarantined as a confirmed or suspected carrier of Covid-19, the guidance states that the employer would not be required to pay wages for the period during which the employee cannot work. However, employers can apply for a government subsidy of up to KRW 130,000 (about US$ 100) a day per employee to offer paid leave to those confirmed or suspected employees.

The complications of the Covid-19 outbreak for the construction industry are unprecedented and unpredictable. Contractors are facing challenges as a result of Covid-19, such as project suspensions, delays, government or medically ordered quarantines, supply and material shortages, equipment shortages, labour shortages and lost productivity, engendering future construction delays and resulting costs. As such, they may be entitled to relief under Korean law to seek performance or compensation of damages.

The Standard Form Construction Contract for Private Construction Works, promulgated by the Ministry of Land, Infrastructure and Transportation, expressly sets out ‘epidemics’ as one of the force majeure events.2 The Ministry of Land, Infrastructure and Transportation also issued a public release on 28 February 2020 reinforcing that circumstances arising from the response to the Covid-19 outbreak may qualify as ‘epidemics’ under a force majeure clause in a standard form contract. Therefore, contractors who conduct construction works under a contract incorporating these standard terms are likely be able to establish that Covid-19 constitutes a contractual force majeure event.

In the absence of an express force majeure clause in the contract or in the event that the definition of force majeure is unclear or vague, whether Covid-19 may be deemed a force majeure event will be determined by general Korean law principles.

In the past, Korean courts have been cautious about admitting that circumstances amount to force majeure and hence the threshold remains high. For instance, force majeure was denied where the International Monetary Fund crisis in the late 1990s and its resulting disruptions in the supply chain caused a contractor’s delay in performance.4 There is also no reported Korean case in which the outbreak of SARS (Severe Acute Respiratory Syndrome) or MERS (Middle East Respiratory Syndrome) was considered a force majeure event.

Nevertheless, Covid-19 could be distinguished from previous outbreaks due to its widespread nature and the severity of the remedial measures taken all over the world. The chances are higher than before that the courts will consider this situation to be an ‘unforeseeable’ and ‘unavoidable’ force majeure event, though this needs to be tested further.

However, there is no known court precedent to date in which a contracting party was held to be entitled to terminate the contract solely on the basis of a change of circumstances. Even the global financial crisis in 2008, which led to a sharp increase in the exchange rate, did not suffice to be deemed a ‘change of circumstances’ giving rise to an entitlement for termination.6

Therefore, it is expected to be difficult under Korean law to terminate a contract based on the mere fact that the outbreak of Covid-19 caused the underlying circumstances of a contract to have changed, unless there is an express termination clause in the contract to such effect.

Whether the remedial measures taken amount to a ‘change in law’ must be primarily determined by how a change in law is defined in the relevant contract. With respect to the construction industry, since the government has only issued guidelines or guidance notes so far (and not ordinances or decrees, let alone special laws), it is expected to be difficult under Korean law for these to be deemed a change in law as typically defined under international standard form contracts (for instance, as in Sub-Clause 13.6 of the FIDIC Silver Book 2017 or Sub-Clause 13.6 of the FIDIC Emerald Book 2017).

South Korea is a civil law country in which damages due to a breach of contract may only be awarded if the breaching party was at ‘fault’ for its breach. In other words, a contractor is not liable for damages if a breach of contract has occurred without its fault. The same applies to liquidated damages: if a contractor has been in delay but the delay cannot be attributed to the contractor, such as delay due to Covid-19, it may be held not liable for any liquidated delay damages.

During the first half of this year, almost all industries in South Korea have been affected by the pandemic. The construction industry, albeit perhaps somewhat less affected in South Korea than in other countries, has not been an exception. As illustrated, whether issues arising due to the pandemic can be remedied through the doctrines of force majeure, change of circumstances or damages will be determined on a case-by-case basis because there are few analogous precedents and the courts have historically been adverse to providing relief. Thus, awareness of the contractual terms is critical to protecting a construction project and avoiding unnecessary costs and delays. Whether the impact of Covid-19 on the South Korean construction industry will have lasting effects and whether the courts will adapt to this new normal situation remains to be seen.

1 This article encompasses material developed in the South Korea section of the CMS Expert Guide to Covid-19 Impact on Construction Industry published on 6 April 2020, which was co-authored by Mino Han and Yona Yoon at Peter & Kim, Seoul.