The International Bar Association’s Human Rights Institute (IBAHRI) condemns the persecution and sentencing, in absentia, of Bahey eldin Hassan, Director of the Cairo Institute for Human Rights Studies (CIHRS), to three years’ imprisonment and a fine of EGP 20,000 after criticising Egypt’s Public Prosecutor. The prominent Egyptian human rights defender was sentenced on 19 September 2019, however, it is reported that he has only just found out about the ruling.

The IBAHRI is becoming increasingly concerned at the apparent use of secret applications to court where not even the defendant is heard, nor are they vouched-safe of the secret order made by the court against them.

Mr Hassan has been subject to death threats, personal and institutional asset seizures, and media smear campaigns, in addition to being placed on entry watch lists. Some of his colleagues at the CIHRS, together with other Egyptian human rights defenders, have experienced similar mistreatment. In April 2018, Mr Hassan filed a lawsuit (no. 4818/2018) against a media personality who incited his murder on a television programme. The lawsuit is reported to have been dismissed.

IBAHRI Co-Chair and immediate past Secretary General of the Swedish Bar Association, Anne Ramberg Dr jur hc, commented: ‘The case against Bahey eldin Hassan is an affront to individuals’ right to freedom of speech. The persecution by the Egyptian authorities for his work defending human rights is indicative of the continued attacks on civil liberties initiated by the country’s authorities. The IBAHRI reminds Egypt that under Article 9 of the African Charter on Human and Peoples Rights, “every individual shall have the right to express and disseminate his opinions within the law.” The international community must strive to protect and ensure the global security of those who work to defend human rights.’ 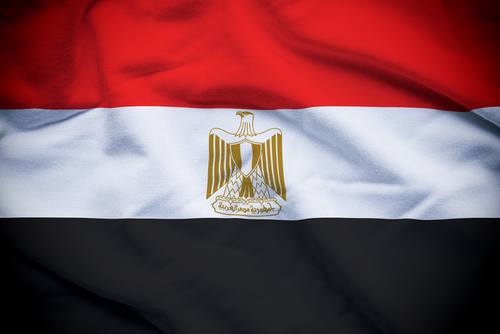 Indictments were brought against Mr Hassan in March 2018 following an anonymous complaint demanding legal action over a social media post made by him, in which he stated: ‘The job of the public prosecutor in Egypt is no longer to stop violations by the Interior Ministry; his role is now to provide legal and judicial cover for such crimes. He has abandoned his role as a public prosecutor to protect society to become a defender of the systematic, daily assault on it.’ Mr Hassan’s comments were in response to the treatment of Egyptian writer and founding member of the political movement Kefaya, Alaa al-Aswany, who was detained and subjected to an illegal search and subsequent confiscation at Cairo’s international airport in March 2018. Mr Hassan was later charged with ‘publishing statements likely to undermine the judicial authority’ and ‘falsely claiming the public prosecutor had abandoned his role’, among charges of harming ‘public security’ and the ‘public interest’.

IBAHRI Director, Baroness Helena Kennedy QC, commented: ‘In accordance with international human rights law, Egypt must uphold its commitments to protect freedom of opinion and expression. Article 19 of the Universal Declaration of Human Rights ensures that “everyone has the right to freedom of opinion and expression.” Furthermore, Article 19 of the International Covenant on Civil and Political Rights safeguards the rights to “hold opinions without interference” and “to freedom of expression…in writing or in print”. Therefore, in accordance with the Constitution of Egypt, we urge the Egyptian government to respect Bahey eldin Hassan’s right to freedom of speech.’