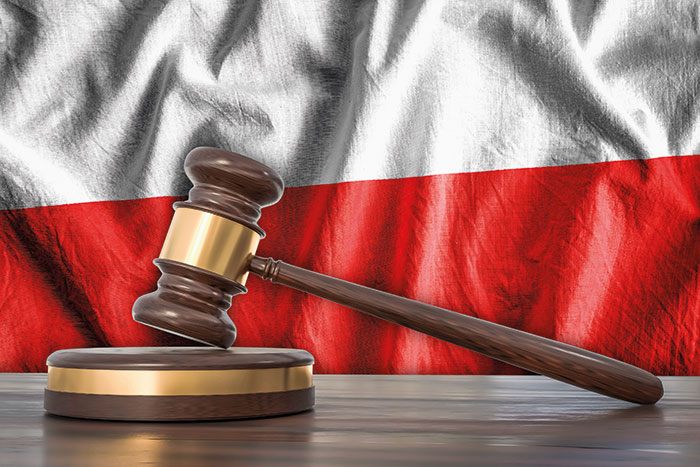 A general rebus sic stantibus clause is set out in Article 357.1 of the Polish Civil Code. According to this article, the court, on the request of one of the parties to a contract, may change the manner in which the contract is performed, the value of the performance or terminate the contract. The prerequisite for the court interfering in this manner is to demonstrate that each of the following conditions is met: (1) an extraordinary change of circumstances; (2) serious difficulty in performing the contract or threat of serious loss; (3) a causal link between (1) and (2); and (4) the parties’ failure to foresee the impact of the change of circumstances on contract performance when concluding the contract. In making its judgment, the court should take into account the interests of all the parties to the contract and the principles of social coexistence.

It is accepted that Article 632 is a special provision vis-à-vis Article 357.1. This means that a construction works contractor performing under a lump sum remuneration contract should generally base its claims on Article 632. However, due to the specific remuneration systems on the market (eg, remuneration based on the actual quantity of works at a fixed unit price), the court may in practice assess a given case based on both the general and the specific rebus sic stantibus clauses.

An extraordinary change of circumstances could, for example, be a sharp rise in prices. In a judgment of 4 July 2016 (based on both Article 357.1 and Article 632), the Court of Appeal in Warsaw found that, with respect to a contract performed in 2009–2012 for the construction of a motorway, a rise in fuel prices of several dozen per cent (unprecedented when compared to fuel price rises from 2000–2008) and a rise in asphalt prices of several dozen per cent (considered extreme, though not unprecedented) constituted an extraordinary change in circumstances within the meaning of Article 357.1. Moreover, in the same case, the Court held that a rise in material prices during performance of the contract of 16 per cent above the rate of inflation and the pace of this rise could demonstrate a significant change of circumstances within the meaning of Article 632.

Similar parameters were also referred to by the Supreme Court in a judgment of 29 October 2015 (based on Article 632), assuming that the scale of the increases (23.87 per cent, including inflation regarding construction materials of 7.8 per cent and a price rise of 16 per cent above inflation), the scope of the price increase in question (the vast majority of construction materials due to the boom on the construction market) and the pace of the price increase could, objectively speaking, demonstrate a significant change of circumstances.

In the case of a contract for the construction of residential buildings, in a judgment of 27 November 2017 (based on Article 632), the Court of Appeal in Warsaw found that a sharp rise in the price of construction materials and services after a ten-year stabilisation period may be considered a significant change in circumstances (eg, when in 2007 the prices of materials rose by 42.4 per cent).

In the case of another contract for the construction of an expressway (concluded in 2009), the Court of Appeal in Warsaw, applying Article 357.1, examined a situation in which, in the three years before the contract was concluded, there was a measured, steady increase in asphalt prices at the level of two to five per cent a year. During the contract implementation, there was a war in Libya and the United States dollar strengthened sharply against the Polish zloty. As a result, there were sudden changes in crude oil prices (an increase of more than 143 per cent in the period 2009–2012), which in turn led to a rise in asphalt prices of 17–18 per cent a year. This situation was also deemed by the Court in its judgment of 6 November 2017 to be an extraordinary change of circumstances.

In turn, in a judgment of 27 April 2018, the Regional Court in Warsaw found that the average price of diesel oil in the period when the contractor and its subcontractors were purchasing fuel (2010–2012) had risen by 40 per cent over the prices from the date the contractor submitted its bid, while asphalt prices had risen twice as fast as in the seven years preceding the period in which the contractor prepared its bid (the rise in asphalt prices from 2009 was ten per cent after two years and 33 per cent after three years). In the Court’s view, these circumstances confirmed an extraordinary change of circumstances within the meaning of Article 357.1.

A Supreme Court judgment of 8 March 2018 stands out against these judgments. In its judgment, the Court assumed that a change of circumstances may also be an individual circumstance, concerning a specific construction project only. In this case, it was a matter of covering the costs of additional earthworks required to complete the basic scope of the contract, the value of which amounted to 50 per cent of the remuneration for the basic scope of the contract. The construction works contract was a lump sum contract and contained provisions that transferred to the contractor the risk and cost of performing additional earthworks required to build a facility within the parameters indicated in the contract. Despite these contractual provisions, the Court held that, as the additional works could not have been foreseen at the time the contract was concluded, the fact that they were required constituted a change of circumstances within the meaning of Article 632 and justified the increase in the contractor’s remuneration.

A serious loss is a loss that invalidates the original economic calculation of the contract parties, taking normal contractual risk into account. It does not have to be a loss that threatens the contractor’s financial standing, nor does it have to be a loss that puts the contractor in danger of insolvency. It is rather assumed that, when examining the rationale for applying the rebus sic stantibus clauses, the court analyses the transactional loss, that is, the loss under a specific contract (though this is not a uniform view; the view also taken in case law is that, depending on the size of the contractor’s business, the same loss may be serious for one contractor but not for another). In any event, an analysis has to be made of the elements of the agreed remuneration and this analysis should be compared with elements such as profit, income and other elements in order to determine whether the loss actually arose, whether it was due to a change of circumstances or for other reasons, whether it was serious and how it could potentially be expressed in figures.

Recent judgments show the evolution of the courts’ approach to serious loss. For example, the Court of Appeal in Warsaw, in the aforementioned judgment of 4 July 2016 (based on both Article 357.1 and Article 632), found that the concept of serious loss also includes the amount of lost profit. It is necessary to examine the whole situation, including the relationship between the agreed remuneration and the assumed expenditure and profit. However, the Court summed up these general guidelines by stating that, if the contractor proved that it had incurred a loss of 1.24 per cent of the contract value with an initially assumed profit of one per cent of the contract value, this would have to be considered equivalent to the contractor incurring a serious loss (the contract value in this case was approximately €150m).

This approach was developed by the Court of Appeal in Warsaw in the judgment of 6 November 2017 (based on Article 357.1), also aforementioned, where the Court held that, as the construction of express roads and motorways does not require above-average skills, the contractor expecting a profit of two to three per cent (ie, in this case approximately €1.5m) was reasonable and met competition requirements. As the cost of asphalt assumed by the contractor when submitting the bid was approximately €4m and the actual cost of purchasing the asphalt was approximately €6.5m, its loss on the asphalt, after deducting transport costs and a margin for normal contractual risk, was approximately €2.2m. The Court reduced the loss calculated in this way by the profit expected by the contractor and awarded the difference (approximately €0.7m) to the contractor as an increase in its remuneration. The Court justified this calculation method by the fact that both parties were affected by an extraordinary change of circumstances and by the assumption that the rebus sic stantibus clause was not intended to ensure that the contractor would earn the profit initially assumed, but rather to protect the contractor from financing the project from its own funds.

A slightly different approach to serious loss and calculation of the increase in the contractor’s remuneration was taken by the Court of Appeal in Warsaw in the judgment of 27 November 2017, where the Court found that the amount corresponding to the unexpected rise in materials prices should be reduced by the profit assumed by the contractor. Subsequently, only half the amount calculated in this manner should be awarded to the contractor as the amount due to it in connection with a change of circumstances, pursuant to Article 632. The Court found here that charging the entire loss calculated in this way to the owner would not be compliant with the principles of social coexistence. Interestingly, after a last-resort appeal by the contractor, the judgment was overturned by the Supreme Court in a judgment of 24 May 2019 and the case was referred to the Court of Appeal for re-examination. In the judgment of 24 May 2019, the Supreme Court held that the application of the specific rebus sic stantibus clause (Article 632) would lead to such an increase in the contractor’s remuneration that its loss would not be serious (not that the contractor would not incur any loss at all). In other words, the increase in the lump sum remuneration under Article 632 should cover that part of the loss that exceeds normal contractual risk. The Supreme Court found that dividing the loss equally, as the Court of Appeal in Warsaw did in its judgment of 27 November 2017, was therefore incorrect. The Court of Appeal in Warsaw has not yet re-examined this case.

Polish investors using FIDIC contract terms often heavily amend their content. Common changes introduced by Special Conditions include deletion or modification of
Sub-Clause 13.8 of the FIDIC Conditions of Contract for Plant and Design-Build (the FIDIC Yellow Book). This has been raised as an argument against the use of the rebus sic stantibus clauses under the Civil Code. However, this approach has been rejected in case law, where courts have accepted that elimination of this sub-clause could not be interpreted as a finding that Article 357.1 of the Civil Code did not apply.