With a constantly evolving and fast-paced news agenda, human rights issues do not always make the front page. The International Bar Association’s Human Rights Institute (IBAHRI) is committed to highlighting human rights abuses across the world and holding those accountable to justice. At the 48th session of the United Nations Human Rights Council (HRC48), the IBAHRI joined other non-governmental organisations in statements condemning international human rights violations, with a particular focus on lawyers under attack, facing arbitrary detention or suppression of their professional activities.

Afghanistan: Since the Taliban takeover of the country in August 2021, gross and systematic human rights violations continue to occur in Afghanistan, including attacks against female lawyers and judges. In partnership with a number of other NGOs, the IBAHRI released a joint open appeal to UN Member States to urge the adoption of a resolution creating a Fact-Finding Mission, or other independent investigative mechanism, for Afghanistan. The IBAHRI welcomes the new agreement of the Human Rights Council (HRC) to appoint a special rapporteur on Afghanistan to probe human rights violations by parties to the conflict, including the Taliban, as an important first step towards achieving oversight, accountability, justice and reparation for the ongoing crisis. 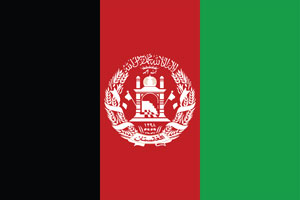 Belarus: The legal profession in Belarus is under threat, with attacks against lawyers on the rise. Most recently, Maxim Znak, lawyer for a former candidate for the Belarusian Presidency, was sentenced to a ten-year prison term following a closed-door trial. During the UN Interactive Dialogue the IBAHRI delivered an oral statement on behalf of several NGOs on the human rights situation in Belarus. The IBAHRI condemned the deterioration of the situation on the ground and stressed that the HRC must take action to prevent a further decline. The IBAHRI would welcome full support for the Special Rapporteur on the human rights situation in Belarus through adequate funding, as well as an examination of the situation by the Office of the High Commissioner for Human Rights. 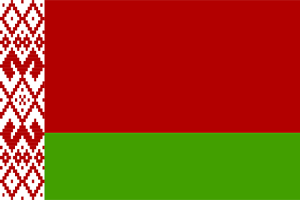 Ethiopia: Conflict in Ethiopia has now been ongoing for a year, following the military offensive against the Tigray People’s Liberation Front which has left thousands dead. The IBAHRI delivered a statement on the human rights situation in Ethiopia and particularly in Tigray, describing the serious nature of the ongoing crisis, the extent of the atrocities and the gravity and complexity of the situation. The IBAHRI called on Member States of the HRC to ensure a robust, dedicated and coordinated response without any further delay, to fulfil their mandate to prevent grave human rights violations in the country.

Iran and Turkey: Several lawyers in Iran, including prominent human rights defender Nasrin Sotoudeh, have been prosecuted or imprisoned by the authorities for their activism over the past few years. The legal profession in Turkey is also under threat from government intervention. In July 2020, the Turkish government passed a law to curb the strength of the country’s largest bar associations. The IBAHRI delivered a joint statement with Lawyers’ Rights Watch Canada (LRWC), Lawyers for Lawyers and the Law Society of England and Wales to express concern over the systematic criminalisation and imprisonment of lawyers in Iran and Turkey. The statement urged the Council to call on both countries to immediately release all lawyers detained for performing their occupations and to protect their ability to practice without interference.

Myanmar: The military coup in Myanmar has precluded an Interactive Dialogue on its Universal Periodic Review (UPR) outcome for two consecutive Council sessions. The IBAHRI participated in a statement on Myanmar before the UN High Commissioner for Human Rights, Michel Bachelet, which condemned the ongoing repression against civilians including the suppression of lawyers’ activities. The IBAHRI urged the due investigation of these abuses, calling on the international community to consider a referral by the Security Council to the International Criminal Court. Further, the IBAHRI joined a video statement before the Independent Investigative Mechanism for Myanmar condemning the violent attacks against protestors and urging an immediate cessation of human rights violations, alongside the restoration of the democratically elected civilian government. 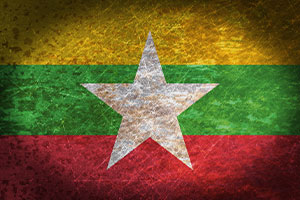 Philippines: President Rodrigo Duterte’s war on drugs has been responsible for thousands of deaths in the country, and journalists, human rights defenders and lawyers attempting to expose the corruption behind the campaign are still under attack. The IBAHRI joined LRWC and other NGOs in a statement to the HRC condemning the ongoing attacks against lawyers and human rights defenders in the Philippines. The statement expressed regret over the continuing extrajudicial killings in the country, despite two HRC resolutions in 2019 and 2020 calling on the Council to establish an international investigative mechanism on human rights violations in the Philippines. The statement was also reported in national media.

Venezuela: The government of Nicolás Maduro has overseen extrajudicial executions, forced disappearances and the torture of detainees in Venezuela. With the International Commission of Jurists (ICJ), the IBAHRI drafted a statement on the human rights situation in the country, presented during discussions with members of the Independent International Fact-Finding Mission on the Bolivarian Republic of Venezuela. The ICJ-delivered statement addressed the lack of judicial independence in Venezuela and condemned the lack of cooperation by authorities with the fact-finding mission. The IBAHRI also co-sponsored a virtual side event entitled The Role of the International Community in the Lack of Access to Justice in Venezuela, featuring the UN Rapporteur on the independence of judges and lawyers and other representatives from the UN and partner organisations. 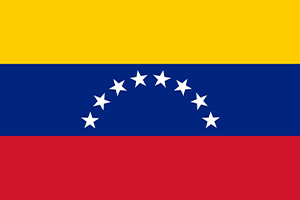 Yemen: Armed conflict in Yemen has killed and injured over 18,400 civilians over a period of six years. To date, the country is facing the largest humanitarian crisis in the world. The IBAHRI deplores the outcome of the HRC vote on the renewal of the mandate for the Group of Eminent Experts on Yemen, and joins partner NGOs in demanding an international criminal investigative mechanism in the country. Twenty-one Members of the Council voted against the mandate, thus abandoning the people of Yemen to the atrocities carried out by all parties to the conflict. 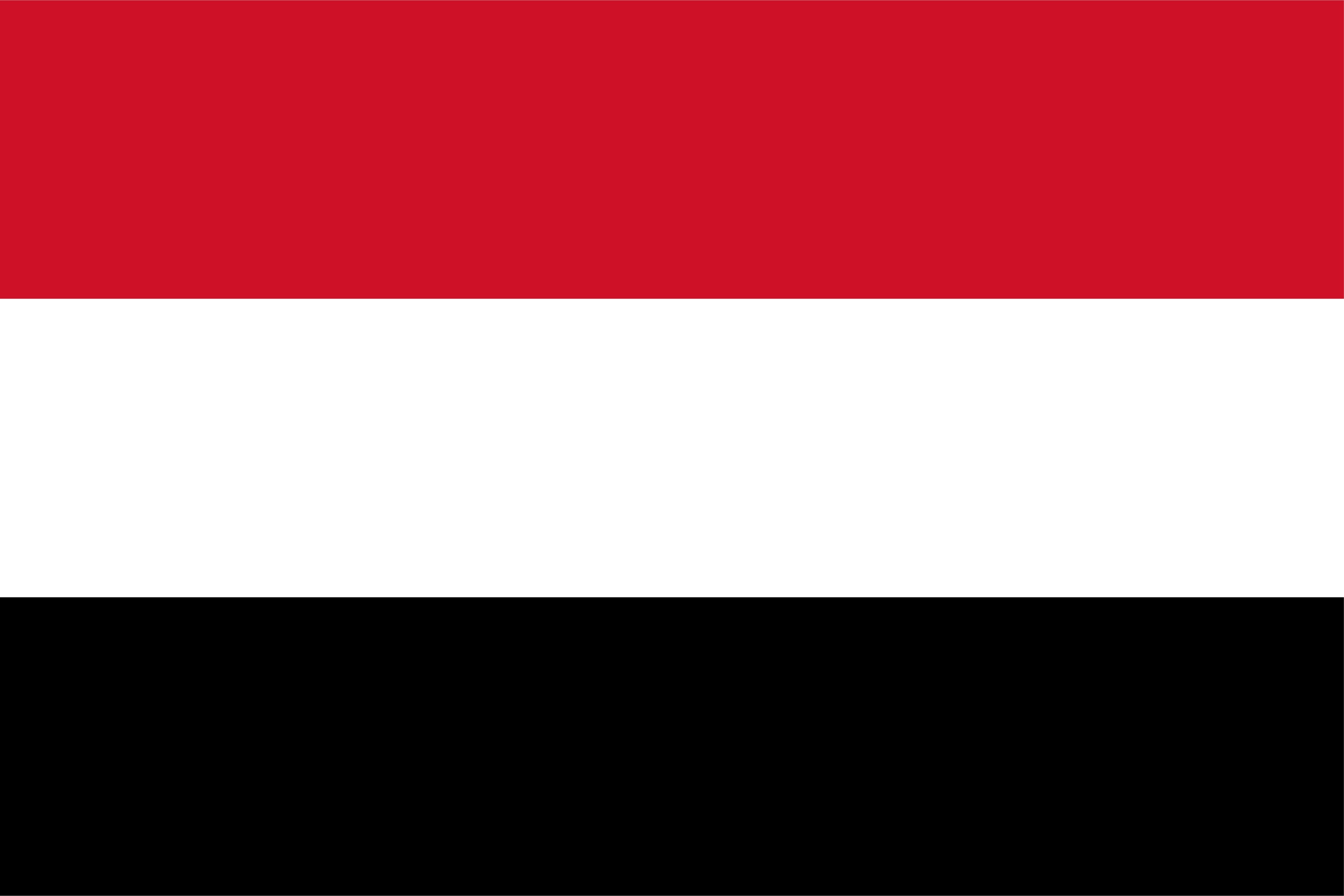 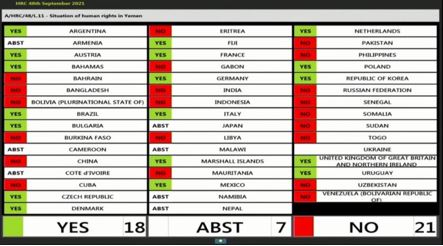 The Human Rights Council rejected a resolution to renew the mandate of the Group of Eminent Experts on Yemen. The votes are shown here.

Lawyers across the world are being arrested, disappeared, threatened or otherwise sanctioned simply for carrying out their professional duties in representing human rights defenders or political opponents.

In Myanmar in 2017, constitutional lawyer and legal adviser to the ruling National League for Democracy (NLD) party, U Ko Ni, was assassinated by a gunman at Yangon International Airport. After the death of U Ko Ni, Myanmar human rights lawyer Robert Sann Aung reportedly received death threats and other intimidating messages.

Lawyers in China similarly face ongoing harassment and persecution for speaking out against injustice. In 2019, Beijing lawyer Ding Jiaxi was detained and had personal belongings confiscated during the ‘1226 crackdown’ on human rights defenders. In 2020, Chang Weiping was arrested and had his license to practise law suspended after attending a gathering of activists in Xiamen. He has subsequently spoken out about the torture and ill-treatment he received whilst in police custody.

In Colombia, lawyer Daniel Prado reported attempted robberies of his office, death threats and instances of being followed after his involvement in the case of ‘Los Doce Apóstoles’ in 2018. Gérman Romero Sánchez, who has worked on cases involving enforced disappearances and extrajudicial killings, had a laptop containing sensitive information stolen in a robbery and was followed by two people on a motorbike in 2019.

The IBAHRI worked with the Law Council of Australia (LCA) to issue a joint statement during the Interactive Dialogue with the UN Working Group on Arbitrary Detention. The statement condemns the punishment of lawyers for representing human rights defenders and asks the Working Group what actions it intends to take to address this trend. Further, the IBAHRI prepared a joint statement with LRWC and other NGOs denouncing the failure of China, Colombia and Myanmar to implement Universal Periodic Review recommendations relating to the protection and independence of lawyers.

Digital justice: The IBAHRI welcomed the resolution on the right to privacy in the digital age, and the report from the Office of the United Nations High Commissioner for Human Rights which ‘stresses the urgent need for a moratorium on the sale and use of AI systems that pose a serious risk to human rights until adequate safeguards are put in place’. It is essential that the HRC goes further and champions the call made by various UN human rights experts to implement a global moratorium on the sale, export, transfer and use of private surveillance technology.

The IBAHRI regrets that the HRC has not responded to evidence of widespread violations in countries including China, Egypt and Saudi Arabia, where the situations manifestly require an adequate response, including the establishment of international investigation and accountability mechanisms.